During the past week, the American group Apple managed to break a new record on the stock markets with a capitalization that exceeded $2 trillion in value. Following this announcement, market analysts reacted enthusiastically and we invite you to learn a little more about it.

--- Advertisement ---
Trade Apple shares!
76.4% of retail investor accounts lose money when trading CFDs with this provider. You should consider whether you understand how CFDs work, and whether you can afford to take the high risk of losing your money. 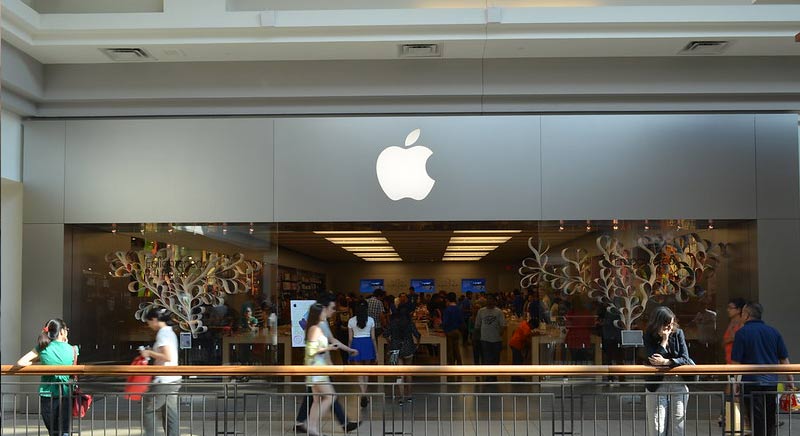 Apple on its way to the $3 trillion valuation target?

Among analysts' expectations over the weekend and after this new record broken by the American firm, it would seem that Apple's next capitalization target is that of $3 trillion.

Indeed and according to the most optimistic comments, the group seems to be well ahead of its projected schedule, which could allow it to reach this $3 trillion capitalization by 2023. For this, Apple could rely on services and the potential super-cycle. Moreover, it would seem that the current economic context and the effects of the pandemic represent a definite opportunity for this digital giant, an opportunity that should arrive within the next 12 to 18 months.

Other analysts, meanwhile, are betting on 5G and China with significant potential for IPhone upgrades provided that presidential policies do not get in the way of the apple company. Note indeed that more than 68% of the installed base of iPhone in China consists of devices more than 2 years old. Thus, the increase is more than 8 points compared to last year and more than 20 points compared to 2017. Finally, the new iPhone SE is also expected to be a significant success thanks to its more affordable price and increased adoption of exchange and financing programs.

Is Apple's record a real surprise?

Had the markets anticipated such a rise in the valuation of the Apple group? Difficult to say since a few years ago it was impossible for many investors to imagine that the Apple group could reach a market capitalization of only $1 trillion.

Even more recently, barely two years ago, many doubted that the firm would reach $2 trillion in capitalization and yet, this record has just been beaten. Today, many investors similarly doubt Apple's ability to reach the next $3 trillion mark, but analysts are particularly confident in this regard and explain that there is a clear path to this next milestone. According to some experts, this development is the natural next step in the group's goals with booming sectors such as wellness, health, augmented reality, 5G, software and services, all of which should benefit the American giant.