This morning we are witnessing a fall in most European stock markets and, like the Asian markets, because of the coronavirus epidemic, which seems to be making investors more cautious. We invite you to learn more about the current market situation.

Trade in the FTSE MIB now!
76.4% of retail investor accounts lose money when trading CFDs with this provider. You should consider whether you understand how CFDs work, and whether you can afford to take the high risk of losing your money. 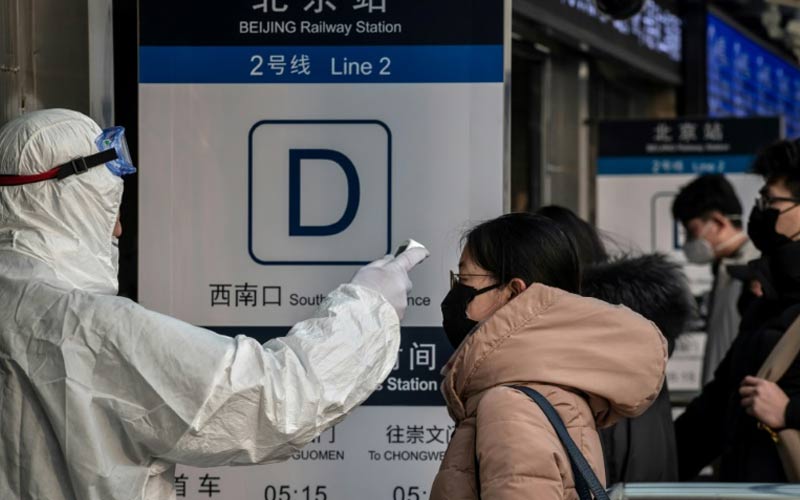 The fear of a pandemic in Europe is causing stock markets to plunge:

Although the number of new contaminations in China seems to be decreasing, the coronavirus is claiming more and more victims in the rest of the world, including in Europe with several cases in Italy. A global pandemic is thus expected, which is currently leading to a flight from traditional financial markets in favour of safe havens such as gold or government bonds.

More globally, the Eurostoxx 50 index for the euro zone lost 3.6%, the FTSEurofirst lost 3% and the Stoxx 600 was down 3.35% this morning. But it is the Milan stock exchange that recorded the biggest drop of 4.04% after the announcement of a fourth death due to the virus in the country and more than 150 people infected.

Indeed, the various indicators of the last few sessions have prompted investors to be more cautious about the likely economic impact of the virus.

More than 160 new cases of infection have been reported in South Korea, with a total of 763 cases in the country, which recently declared a maximum health alert status. In Iran, there are now l43 cases of contamination and no less than 8 deaths. Finally, with regard to mainland China, there are now 150 more deaths or 2,592 fatal cases in the country since the beginning of the epidemic. However, the number of new contaminations per day has fallen to a month low, resulting in fewer restrictions on transportation and movement of people in many provinces.

Values in the red in Europe:

Many European stocks were thus directly affected by the market downturn at the beginning of the week. It should be noted that all the sectoral indices are currently in the red, mainly that of transport and leisure, which is losing 5.27% and which is the most affected by health risks.

Of course, the sectors most exposed to China are also losing points, such as the automotive sector with a drop of 4.92% or raw materials, which lose 5.08%.

The ArcelorMittal share fell the most on the CAC with a loss of 8.05% just ahead of LVMH which lost 4.69%.