Falling European markets, the virus and lower SAP forecasts weigh on the market

European stock markets experienced a surge in equity prices on Monday. The culprit is none other than covid-19 . After a short period of lull in recent weeks around the world, the virus has regained momentum, leading to an increase in confirmed positive cases. This upsurge in cases has forced several European chancelleries to take measures, some of which are radical, to curb its evolution. With immediate effect,Spain has introduced a state of health emergency for a period of six months throughout the country and a curfew. Italy , for its part, has decided to tighten the restrictions to curb the spread of the virus. These measures affect the majority of companies. This is the case of software giant SAP (NYSE : SAP), which had no choice but to revise downwards its growth forecasts for the year. The SAP group abandoned its forecast that profitability would increase steadily over the medium term, which led to a fall in the company's shares of more than 16%. In addition, the company claims that the pandemic will impact demand until 2021. 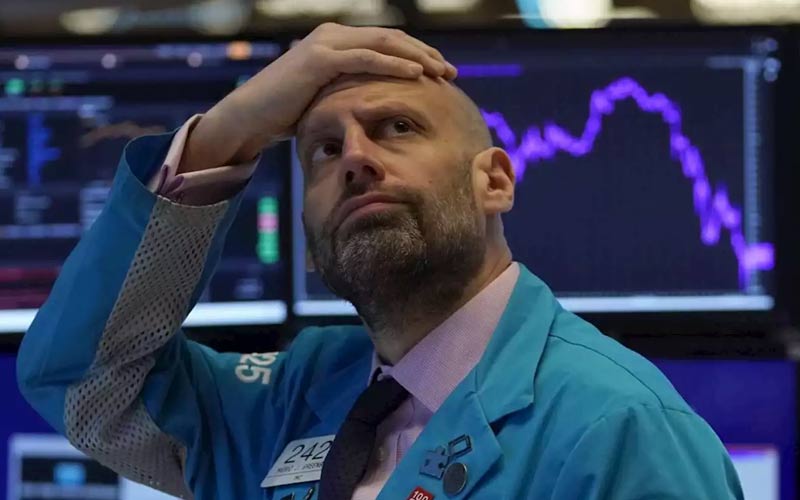 After a few weeks of lull (following the drop in Covid-19 cases that gave rise to optimism for a resumption of economic activity), companies are struggling to resume production to stimulate growth. In the United Kingdom, the FTSE index fell by 0 .2% . In Germany, the DAX index fell by 2.2% and the CAC 40 in France fell by 0. 7%. Several companies noted a decline in their shares, such as Siemens, whose shares fell by 0.7%

The outbreak of contamination in Europe worries international markets

Hajime Sakai of Mito Securities believes that " Les Japanese stocks are likely to be stable or move down in the short terme ". In mainland China , the Shanghai composite index fell 0 .8% to 3,251.12 points and its Shenzhen compatriot rose 0.52% to 2,212.07 points.

On the other side of the Atlantic, the New York Stock Exchange in the United States of America is expected to open lower as a result of investors' mistrust due to the health deterioration linked to the coronavirus. According to the U.S. Centers for Disease Control (CDC), 83,851 new people have been infected and 828 have died in the past 24 hours. The total number of deaths due to the pandemic has reached 224,221 since the beginning of the health crisis.

In terms of currencies, we note the loss of ground of the euro against the yen which is the Japanese currency. One Euro was traded for 123. 79 yen on Monday versus 124.19 yen last weekend. Oil prices nosedived last Friday following the announcement of curfews in several European countries.