GAFA: The US in a negotiating position, according to Breton

In the business world and particularly in the United States, the acronym GAFA indicates four companies considered the most powerful in the digital field. These are Google, Apple, Facebook and finally Amazon. The economic and financial power of these firms is considerable and even exceeds that of some states at times. In recent days, discussions have been underway between the United States and European countries with a view to taxing the digital giants. Most recently, the United States had decided to withdraw from the negotiating table. This was confirmed by French Economy Minister Bruno Le Maire. He had even qualified this decision as "provocation". This Monday, the affair knew a rebound. Indeed, Thierry Breton, the European Commissioner for the Internal Market, gave his analysis on this withdrawal of the United States. According to him, the American withdrawal is a negotiating position. 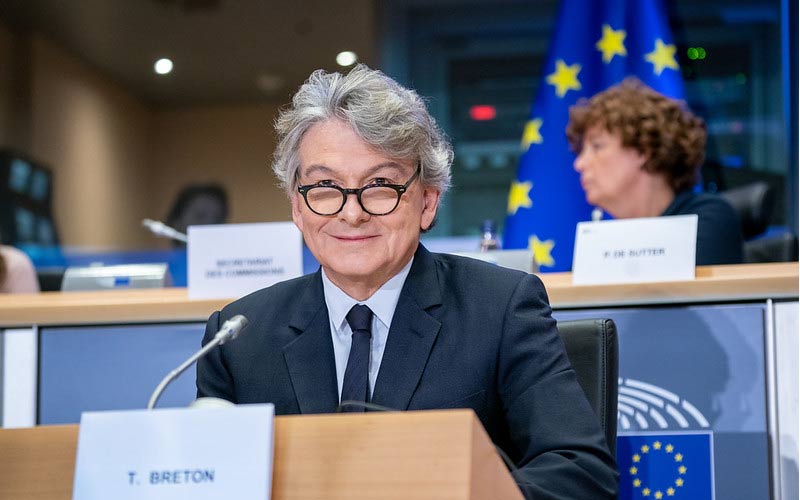 Reminder on the file

Indeed, it is important to recall that it was through a letter that the Secretary of the Treasury of the United States of America had requested a suspension. It was Mr. Steven Mnuchin, who thus requested the suspension of the negotiations by addressing certain target countries. His letter was mainly addressed to Spain, Italy, Great Britain and France. This request was made on 12 June 2020.

For European Commissioner Thierry Breton, the behaviour of the United States is purely a negotiating stance. He hammered home that this negotiation will take the rest of this year. For him, the players around the negotiating table will come together, will disperse, will have to take breaks, but the negotiation will still go on. He was speaking this Monday on the set of LCI.

Regarding the venue chosen for the negotiations, Thierry Breton said the OECD is the right place for discussions and/or negotiations. He indicated that the different actors involved in these negotiations are quite close to a point of agreement.

Targeted surveys and the tax system

The American authorities have already launched several investigations into the French tax targeting digital companies. These surveys also target projects in different countries such as Brazil, Great Britain and Italy. The reports of these investigations could lead to the adoption of trade retaliation provisions against the states concerned.

It must be said that the current configuration of the international tax system allows the GAFAM to report profits in some countries. They target mainly countries with low corporate tax rates. The digital giants choose countries like Ireland without taking into account the country of their users to declare their profits. It should be noted here that the GAFAM groups together the companies of the GAFA to which Microsoft is added.

On Monday, the European Commissioner is expected to comment on the persistence of the new coronavirus, which is likely to slow down the economic recovery that has begun. The man made it very clear that there has been no braking. He went on to say that the rebound in the financial markets was due to the stimulus package.