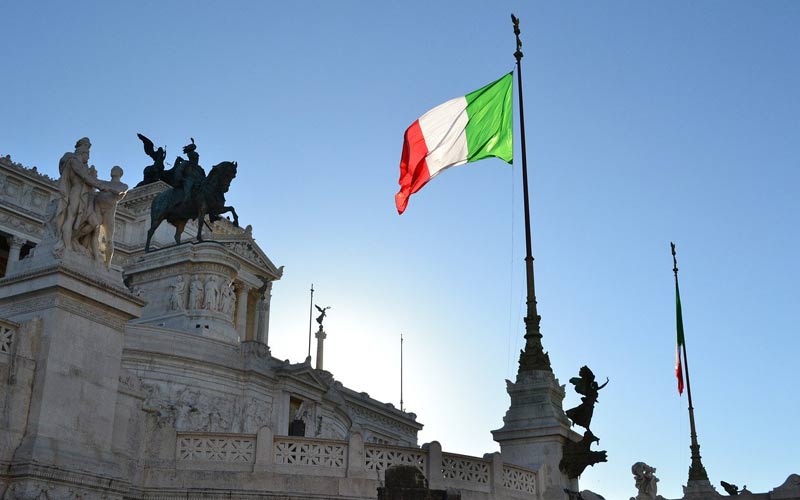 Acquisition of the Milan Stock Exchange by Euronext

Read the details of the announcement made by Euronext, which has just signed an agreement to acquire the Milan Stock Exchange, which will become the largest financial market in the European Union.

The economic health of Italy

The results of the sectors concerned

The ratings attributed by the rating agencies

The interest rates of Italian loans

--- Ad ---
Trade in the FTSE MIB now!
76.4% of retail investor accounts lose money when trading CFDs with this provider. Trade CFDs with Plus500

The FTSE MIB in detail:

Although the name FTSE MIB resembles that of the Footsie (or more correctly, the FTSE, the ‘Financial Times Stock Exchange’, commonly called the London Stock Exchange Index) these initials actually stand for ‘Milano Italia Borsa’, the major Italian Index. It was in 2009 that the old name, ‘S & P MIB’, was replaced with this new name.

The rate of the FTSE MIB is calculated on the capital of the 40 highest quoted companies on the National Stock Exchange level.

The shares of the Italian stock market:

The Italian stock market is made up of about a hundred shares from the biggest companies in Italy based on their total market capitalization, part of which includes the calculation of the FTSE MIB stock market index.

The Italian stock market index FTSE MIB represents the most important Italian companies. More specifically, it takes into account the securities of 40 companies that are part of it and whose share in the calculation of the index uses the system of ponderation proportional to the total volume of their capitalization.

These companies are selected according to the liquidity of the securities that they issue, but also according to their importance in the sector of activities that concerns them. In overall, these securities represent no less than 80% of the total market capitalization of the milan financial center.

Among the companies listed on the FTSE MIB, the most important ones are the ENI companies on the oil and gas sector, Intesa-Sanpaolo and Unicredit in the banking sector, Enel in the electricity sector and finally Generali in the sector of insurances.

The FTSE MIB index is monitored quarterly and is also an underlying asset in CFD trading.

It was in March 2009 that the Italian Index reached its lowest historical rate of 12 895 points.

Following this period, the rate of the FTSE MIB progressively recovered some of the lost points and managed to slip above the 20 000 point level on several occasions. This hesitant phase continued up to December 2012.

It was in fact at the beginning of the year 2013 that the rate of the Italian Index began a new general rising trend. This highly volatile trend enabled it to cross the 20 000 point threshold, a major psychological level, in May 2015.

For short term traders, we can also observe frequent and highly volatile micro-movements on this asset.

Why is the FTSE MIB stock market index important in the trading world?

As briefly explained earlier, the Italian FTSE MIB stock market index takes into account the performance of the 40 Italian companies that are the largest and most traded companies on the Borsa Italiana stock market. It was launched in 1997 and even now is considered as a reference index on the national and international levels. Of course, it is also the major Italian stock market index.

It should be noted here that until 2009 the FTSE MIB was managed by the Standard and Poor’s agency and therefore did not bear the same name. In fact it was called the S&P MIB. Nowadays the FTSE MIB can also be found under the name Italy 40 and its calculation and publication is managed by the London Stock Exchange which is the mother company of the Borsa Italiana.

To understand the appeal of the FTSE MIB stock market index it is important to note that it represents around 80% of the interior stock market capitalisation that include the most liquid Italian companies. Among the companies that comprise this index and are considered as the major and most popular Italian companies throughout the world we note Ferrari, Fiat, Pirelli, Intesa Sanpaolo, Salvatore Ferragamo and Moncler.

The fact that numerous investors follow closely the rate of the FTSE MIB stock market index is surely due to its extremely high volatility resulting from the volatile market prices and strong movements that take place on a daily basis. The FTSE MIB also acts as an underlying asset for a large range of derivative financial instruments. It is particularly known as a highly volatile and high volume asset that is particularly suitable for investors that practise day trading or any other short term investment strategy.

The trading times of the Milan Stock Exchange index:

Let us now examine the trading hours for the FTSE MIB. It should first be remembered that the 40 Italian companies of which this index is composed are all quoted on the Borsa Italiana stock exchange which is the major stock market of this country. The trading hours of this index are therefore between 9 a.m. and 5.30 p.m. five days a week, Monday to Friday.

However, with the online trading platforms it is possible to speculate on this index outside these hours and follow its movements live and in real time using precise and continuously updated charts.

Quotation and calculation methods of the FTSE MIB:

Let us now look at the way in which the rate of the FTSE MIB is calculated. As with other major stock market indices, the Milan Index follows a collection of individual companies and the movements of these companies share prices has a direct impact on the quotation of this index during the times of trading.

The FTSE MIB is of course priced in Euros and calculated in real time during the opening hours of the Borsa Italiana depending on the European time zone.

The calculation of the Italian stock exchange index also depends on the weighting of its different components according to the amount of their stock market capital which is adjusted by a floating factor. To summarise, the larger companies will have a higher weight factor and the smaller companies will have a lesser influence on the rate of this index.

How are the companies selected that form the FTSE MIB:

It should be noted here that the companies that compose the FTSE MIB stock market index are re-examined every quarter, in March, June, September and December by a technical committee of the FTSE Italia index series.

It is generally considered that the 40 companies that comprise this index are those with the highest trading volume in Euros over the previous 6 months but these companies are also classified according to the reference index of the industrial classification, or ICB, and are capped at 15% maximum to avoid an excessive concentration.

Every quarter, certain Italian companies are therefore prone to be removed from the composition of this index and others added in their place.

What are the trading hours on the FTSE MIB?

How to use CFDs to trade the Italian stock index?

To invest directly in the price of the Italian FTSE MIB stock index, you have the option of using CFDs, contracts for difference that are offered by online brokers. A CFD on the FTSE MIB is a contract between an investor and a broker who is used to attempt to profit from the difference in price of this index between the time of opening the position and that of its closing.

What are the important dates to know about the Italian index?

--- Ad ---
Trade in the FTSE MIB now!
76.4% of retail investor accounts lose money when trading CFDs with this provider. You should consider whether you understand how CFDs work, and whether you can afford to take the high risk of losing your money. Trade CFDs with Plus500