If you are even slightly interested in technology, and high technology in general then you undoubtedly know of the Siemens brand, a name that can be found on a multitude of objects nowadays. But did you know that you can trade in shares of this company on the stock markets and even acquire shares in order to invest in the Siemens Company. This is available through the majority of online banks that offer investment placement products to their clients, as well as online brokers. 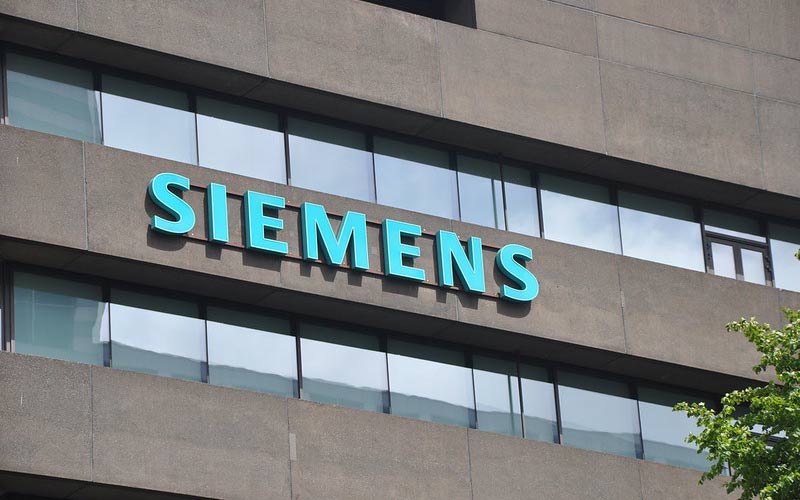 The initial public offering of the Siemens Energy division of the German Siemens group did not live up to analysts' expectations and was a great disappointment to some investors. Let's look back on this event together.

Firstly, the strategies implemented by the group to develop its presence on the emerging markets will exert a major impact here.

We would recommend the monitoring of the strategic acquisitions operations, the implementation of partnerships, joint ventures and mergers that the group particularly appreciates and which could assist it in gaining new parts of the market.

Siemens could also benefit from the creation of an increasing number of certain worldwide institutions in order to develop its internal solutions and become more independent.

Siemens could also benefit from the major rise in the demand for electricity as well as in the products and services part of this sector to sell its solutions and products thereby increasing its turnover.

The current ecological threat could cause a delay in the development of the group’s activities over the medium term. Siemens would have to react rapidly to governmental policies that became increasingly stringent and constricting environmental regulations which would have a negative impact on operations and the production system of the group.

The international company status of Siemens could also become a problem due to major economic fluctuations and numerous financial devaluations. These two elements would have a major effect on the global financial performance of the group.

Finally, the loss of some of its suppliers or new litigation relating to them could well negatively influence the share price on the stock market through a significant decrease in production, an associated rise in costs or other repercussions.

General presentation of the Siemens Company:

The Siemens Company is an international group, although German in origin, that is specialised in the high technology sector. Its activities cover a number of sectors, specifically those of industry, energy and health, broken down as follows:

The major competitors of Siemens:

Due to its activities that concern numerous different sectors such as new technology devices, transport, and even medical imagery, Siemens has various competitors throughout the world. To assist you in better ascertaining future movements of its share price on the stock markets it is therefore necessary to follow the current events of its major competitors. Here therefore are the major competitors of the Siemens Company:

The major partners of Siemens:

Siemens has also implemented diverse partnerships over time with large companies some of which exercise activities in similar sectors. Here are its major partners:

The advantages and strong points of the Siemens share price as a stock market asset:

Before starting to reflect on the trading strategy you should adopt on the Siemens share price it is highly recommended that you learn about the strengths and weaknesses of this company in detail. This information will in fact greatly assist you in understanding the company’s present and future position and thereby successfully predict its growth and future development. You will also be in a better position to foresee if this company could attract or disappoint investors and therefore if its share price is likely to rise or fall over the medium or long term. Firstly let us start by reviewing the major strengths of this group.

Firstly we should remember that the Siemens group is considered as one of the pioneers in the sector of technology based services. As such, it benefits from great experience and knowledge that enables it, even nowadays, to be consistently innovative in this area. Again due to its long experience in this activity sector, Siemens holds a major portfolio of patents in many sectors that guarantees a fairly fixed income supplementary to the revenue generated by its innovative products and services.

Still on the subject of its position, the Siemens group is actually one of the most innovative companies on its market and introduces new solutions and products every year to satisfy the current and future requirements of the market and its consumers. Siemens also benefits from a strong presence in different activity sectors. Although mainly present in industry it is also active in energy, health, infrastructure and towns. Through its different objectives and varied market activities it can spread the risks of overexposure that are often due to a single activity or market sector.

The stock market investors and shareholders that follow the Siemens share price also appreciate the financial wellbeing of this group that is particularly stable, for a few years now too. It is therefore unlikely that an unpleasant surprise would occur regarding this specific aspect during the coming years.

Another major strong point of the Siemens group of course concerns its wide geographical reach and strong presence around the world. In fact, Siemens has operations in no less than 190 different countries and works with over 180 companies at an international level. The size of its work force is also a strong point with no less than 400,000 employees worldwide. Due to these various points Siemens is able to maintain its dominant position on the market.

The group’s strategy is aimed towards the creation of numerous joint ventures with other companies and on the acquisition of other international companies that already boast a strong reputation. Thanks to this strong point in Siemens favour the group continues to increase its strength and further development.

Finally, the Siemens group has demonstrated its ability to implement and hold a place in the public eye through its marketing strategy based on quality advertising and presence at major sporting and lifestyle events. It also uses online media and TVC. The Siemens brand has therefore come to represent a reputable and popular brand in the collective public mind.

The disadvantages and weak points of Siemens share price as a stock market asset:

Firstly, one of the principal weaknesses of the Siemens group is of course related to its major dependence on external suppliers. Certain litigations, malfunctions, and pricing policy changes of the latter have noticeably decreased the operational efficacy of this company leading to a loss of profitability.

The Siemens group has also been subject to the consequences of various recent scandals in the media. This includes allegations of corruption in the group by certain individuals; these have blemished the reputation of the brand. Luckily these allegations have been relatively few in number and the negative effect has started to diminish.

Earlier we noted that the Siemens Company has displayed a certain financial stability that served to reassure its investors. However we also note a significant increase in the group’s debt relating to its capital that could imperil the group over the long term if nothing is done to contain and erase this problem.

Finally, due to its widely dispersed shareholders Siemens is gradually losing its internal control which complicates the taking of certain strategic decisions and could therefore damage its future growth and consequently its profits.

Where is the Siemens share listed and on which markets?

The share price of the German company Siemens is of course listed on the German stock market. More precisely, this quotation is carried out on the financial center FWB or stock exchange of Frankfurt. It is the largest German financial market dependent on Deutsche Boerse and the fourth largest financial center in the world. However, the Siemens share price is also listed in the United States on the NYSE market due to the international nature of its activities.

Should we favor fundamental or technical analysis over Siemens stock?

When setting up your investment strategies on the Siemens share price, you should not have to choose between fundamental analysis and technical analysis. We recommend indeed and to obtain the most reliable trading signals possible, to jointly carry out these two types of analysis. You must also carry out a financial analysis of this business.

--- Advertisement ---
Trade Siemens shares!
76.4% of retail investor accounts lose money when trading CFDs with this provider. You should consider whether you understand how CFDs work, and whether you can afford to take the high risk of losing your money.