Thales: deployment of its eSIM solution on Google Cloud

In the history of France's economic market, there have been several firms which have imposed themselves by their own means. Among these is the Thales group, known as a French multinational. It is a designer and builder of electrical systems. It also specializes in the provision of various services for the defence, security, transport and aerospace industries. It will soon be 20 years (06/12/2000) since the company was founded. It was called " Thomson-CSF ". It was set up following the acquisition on that date of the defence electronics field by the British group Racal Electronics pic. The French company Thales employs more than 80 000 employees and operates in 56 countries. In 2019, it will have a turnover of 18.4 billion euros.

Trade Thales shares!
80.5% of retail investor accounts lose money when trading CFDs with this provider. You should consider whether you understand how CFDs work, and whether you can afford to take the high risk of losing your money. 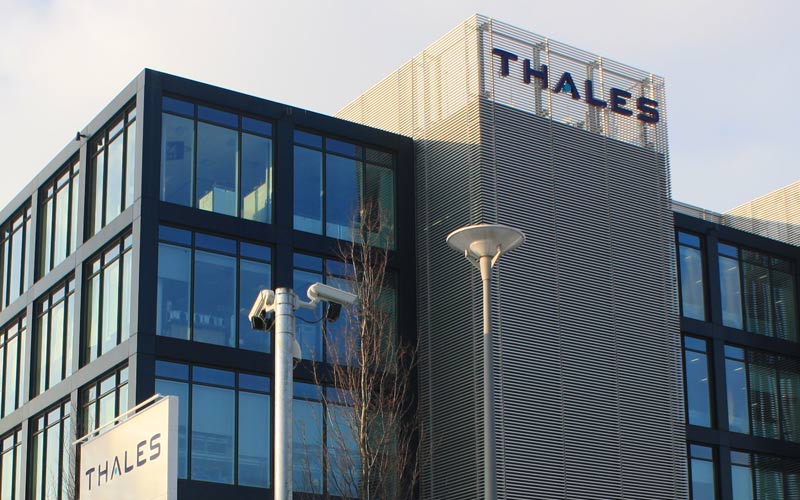 A deployment on Google Cloud

Since December 2014, the Thales Group has had Mr. Patrice Caine as its CEO. It should be recalled that it is a multinational company that operates military sales, but is listed on Euronext Paris. While it is based in France and in the business district of Paris, La Défense, Thales is making an announcement this Monday. Thales has decided to deploy its first eSIM card activation solution.

In addition, the French group stressed that this deployment will be done on Google Cloud. It also represents its very first GSMA-certified eSIM card activation solution in the world. This announcement evokes an unprecedented event in its history, but also in the history of the world. It is obvious that the latter will gain in visibility through this deployment, the scope of which cannot be overlooked on a global scale.

The Thales group quickly explained the details related to this deployment of its solution on Google Cloud. First of all, it should be noted that Google Cloud is available in a set of 200 countries and territories around the world. This is therefore an unprecedented advantage for Thales, which specifies that the solution in question will offer secure support to telecom operators. From now on, they will benefit from a fairly flexible and very useful support.

Indeed, the usefulness of this support or backing lies in the fact that it will help them effectively manage the exponential increase in subscriptions. He says the announcement of course refers to mobile subscriptions for all kinds of eSIM-enabled devices. Operators will also benefit from the reliability of Google Cloud technology. Thales has notified it well: it is a carbon-neutral technology.

On Monday, the Dow Jones lost 1.5% at the opening of the session, but closed it on a positive note. By the way, the U.S. stock market's flagship index gained 0.11% at the end of the session. It was slightly outperformed by the Standard & Poors 500 index, which climbed +0.42% on the financial market. As for the Nasdaq, it makes a net progression of +1.2%. The latter thus very quickly escaped the initial heaviness.

Information: Amazon gained 1.3%, Apple is up 1.4% and Microsoft is up 2.5% at the beginning of this week. These three giants of the American economic market are at the origin of the value of the Nasdaq.