The American microprocessor manufacturing group AMD reported the results of its activities in the fourth quarter. These results show the company's quite interesting performance over this period. They also reflect the company's progress in its industry. As a result, the outlook for the company is better than expected.

--- Advertisement ---
Trade AMD shares!
76.4% of retail investor accounts lose money when trading CFDs with this provider. You should consider whether you understand how CFDs work, and whether you can afford to take the high risk of losing your money. Trade CFDs with Plus500 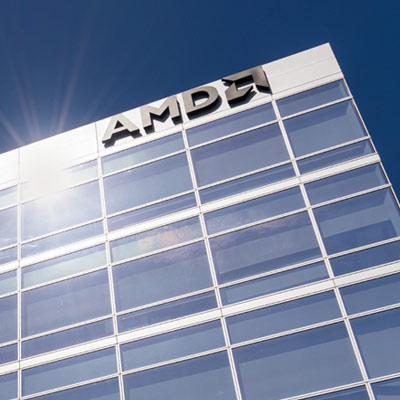 U.S. microprocessor and semiconductor manufacturer AMD exceeded all expectations in its fourth-quarter fiscal year results presentation. The company reported net income of $1.78 billion or $1.45 per share. However, a year earlier, the company's net income for the same period was estimated at 170 million euros, representing 15 cents per share.

Excluding non-recurring items, earnings per share showed an increase of 52 cents, 5 cents better than the Factset consensus. A comparison of these figures shows the enormous progress made by Intel's competitor in the fourth quarter of its fiscal year. In addition, the Group's strong performance had a positive influence on its sales.

Indeed, AMD's turnover over this period increased by 53%. It thus amounts to 3.244 billion dollars. This is slightly higher than Wall Street's forecast, which was expecting a turnover estimated at 3 billion dollars.

In the first quarter, AMD expects to achieve average sales of $3.2 billion. This represents an increase of 79% year-over-year. This is a significant increase over Wall Street's expectation of $2.73 billion. The adjusted gross margin expectation is approximately 46% compared to 45% in the fourth quarter.

The microprocessor and semiconductor manufacturer's forecasts for the new year are very attractive. Thus, for 2021 as a whole, the American group expects to achieve a 37% increase in revenues. It also anticipates an adjusted gross margin of around 47%.

In addition, AMD has for some time been in the shadow of Intel, which is recognized as the world leader in the sector. Today, the group's results are a testament to the evolution of its business. In addition, the company has made progress in production. It now offers microprocessors that match or exceed the performance of those of the world leader.

Optimism in sight for the IT equipment sector

From September to November 2020, the IT equipment sector recorded an 8.3% increase in worldwide sales compared to the previous three months (June to August). In Europe, the increase was more significant. It is estimated at 13.8%. Last year, experts predicted annual sales well above those of 2019.

But these predictions were made despite the health crisis linked to the coronavirus pandemic and other macroeconomic factors. In addition, Europe plans to strengthen its position in this growing sector. For the moment, it holds only 10% of the global market, which is valued at €440 billion.