As you are undoubtedly aware, the assets of companies that supply electricity or gas are often extremely popular with investors. We therefore offer you the opportunity of learning important information and data relating to the Enel Company and its share price which will enable you to achieve a better analysis of the latter. 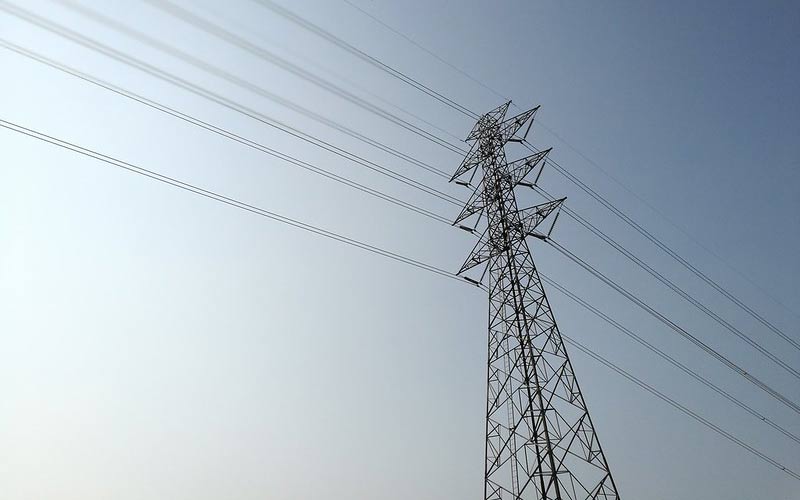 Strategic plan to 2023 unveiled by Enel

Yesterday, Tuesday 24 November, the Enel Group published a note detailing its strategic plan for the period 2021 to 2023. Let's find out together what we need to remember about it.

We would notably follow operations aimed at increasing the development of Enel’s activities abroad, notably on the emerging markets including India, Africa and the Middle East.

The electricity market in Italy as well as Europe and its strong growth can provide supplementary revenue to this company.

In the same way, the support of the Italian and European governments for the development of green energy is also a significant factor to monitor as this could directly encourage this company’s growth and development.

The commodities market and particularly that of the natural gas sector should also be taken into consideration before trading in the Enel share price as this commodity’s price has an impact on this group’s income.

The governmental policies of other countries where Enel exercises its activities can also vary in their level of restrictions and should therefore be studied.

Finally, the financial health of Europe is also an indicator of the wellbeing of Enel’s activities.

General presentation of the Enel Company:

Maybe you have not heard of the Enel group although it is the leader in terms of the production and distribution of electricity in Italy. Of course the group also operates in other countries throughout Europe and on the American continent to which it exports its production.

The Enel share price is quoted on the MTA Borsa Italiana stock market in Italy and it is included in the calculation of the FTSE MIB stock market index.

Know the competition to Enel’s shares:

The Enel Group is currently one of the largest producers of electricity worldwide and is therefore subject to severe competition from other large industrial groups in this sector. It is however in fourth position of this classification.  We now offer you the opportunity to learn more about the direct competitors of the Enel Company so you can better analyse the price of this company’s shares by taking into account each company’s part of the global market and their movements.

The strategic alliances implemented by the Enel Group:

The advantages and strong points of the Enel share price as a stock market asset:

Firstly it should be remembered that the Enel Group is one of the largest names in its activity sector notably due to its diverse and wide ranging portfolio of products and services related to the energy sector.  In fact the company currently produces electricity through various sources including gas, hydroelectricity, coal, nuclear, geothermal and wind farms. Also it has implemented a vertical integration of its operations thereby enabling it to operate the entire supply chain and benefit from a greater freedom in terms of strategy.

We can also note as a major strong point the significant internationalisation of this group’s activities. In fact, from a geographical point of view, the Enel Group benefits from a major presence worldwide with activities in over 40 countries spread over 4 continents. This has of course enabled the group to generate a comfortable income even with the Italian crisis as well as being protected against the risk associated with being present in a single unique market.  In total Enel currently employs over 75,000 people in these different countries and benefits from a dominant position on the market with a noteworthy clientele.

To guarantee its income the Enel Group can particularly count upon its particularly high production capabilities. In fact, the company is capable of producing amounts of over 100GW of electricity and benefits at the same time from a significant cash flow which enables it to adapt this production to the real time requirements of the market and on demand.

Still relating to the positive points from which the Enel Group benefits, we can also point out the current aspirations of the company to increase its development in coal free energy.  In fact, at present, nearly half the energy produced by Enel is free of carbon emissions. Regarding the current ecological challenges, Enel therefore seems to be positively positioning itself relative to future energy sources and should therefore reap the benefits from these efforts in the future.

The disadvantages and weak points of Enel shares as a stock market asset:

Firstly we note that the Enel Group, although it benefits from a worldwide presence, is concentrated to a major extent on its European activities. We are particularly disappointed by its low position in certain markets generally considered as highly lucrative such as Asia or Africa. The company should therefore increase its efforts to expand its activities around the world and obtain a more balanced geographical presence worldwide across all the continents to protect itself against a geo-economic risk.

The worldwide competition is also another sensitive point for the Enel Company.  In fact, although this Italian group has succeeded in becoming one of the leaders in this activity sector, its major competitors fiercely contest the market and consistently try to recover Enel’s market share. This company must therefore do everything possible to remain competitive in terms of the price of its energy and invest in new and innovative services as well as intelligent marketing to keep its position, notably in the European market which includes some major brands in the energy sector.

On the other hand, we know that the Enel Group has recently been implicated in certain far reaching judicial procedures. Due to the high media exposure from these procedures the brand image has been severely tarnished and Enel needs to redouble its efforts to win back the support and popularity it enjoyed with its client sector. Also, these different procedures have had certain consequences relating to the company’s treasury which has of course been depleted due to the costs involved. It is clear that any future processes will also have a severe negative effect on the company’s profitability and share price.

Although it may appear that the Enel Company has only three major disadvantages it is important to understand that these could have a significant impact if they are not resolved.  They should therefore be taken into account when completing your analyses and when implementing your strategies.

Are Enel shares included in the composition of any stock market indices?

The Enel share price which is quoted directly in real time on the MTA market of the Bolsa Italiana, is also integrated into several major stock market indices. Its principal index is of course the Euro Stoxx 50. However we can also find Enel shares available through other stock market indices including the FTSE Eurotop 100, the FTSE MIB which is the major Italian reference index, the Stoxx Europe 50, the Stoxx Global 200 and the Stoxx Italy 20.

How has the Enel share price performed over recent years?

It can be advantageous to understand the performance of the Enel share price over recent years on the stock markets. We know that this share price climbed by 11.03% over the last year. Over two years it achieved an increase of 28.13%. It rose by 45.79% over three years and the overall increase of this asset over the last five years was 44.11%.

Who are the major shareholders of the Enel group at present?

--- Advertisement ---
Trade the Enel share!
76.4% of retail investor accounts lose money when trading CFDs with this provider. You should consider whether you understand how CFDs work, and whether you can afford to take the high risk of losing your money.