Among the French companies found in the list of companies in the CAC 40 index, there is a company related to the alcohol sales sector, Pernod Ricard. Its stock market share is accessible to traders who wish to invest in its price. Here you can check out more about this company and its stock market share to analyse its share price. 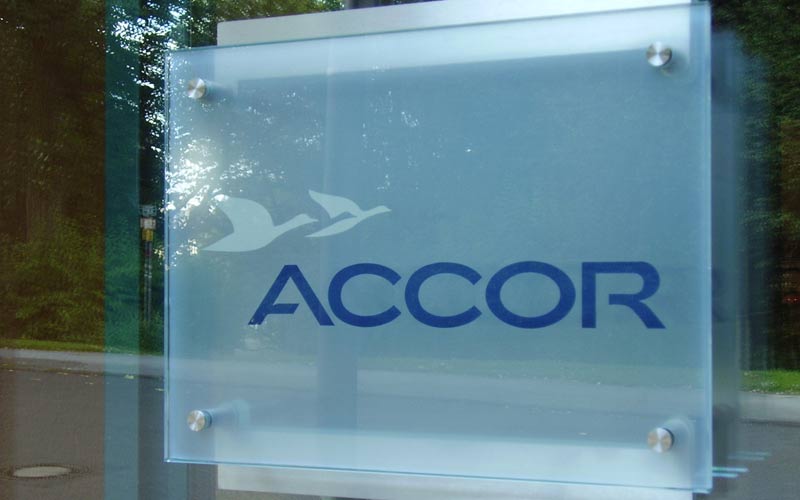 With the fall in Accor's share price, concerns in the tourism sector are growing due to the worsening of the current Chinese crisis caused by the coronavirus epidemic that is blocking the economy.

First of all, it's essential to discern the seasonal nature of the sales made by the group and take them into account when taking your position. We know that Pernod-Ricard carries out more than two thirds of its activities in the first half of the year, i.e. between July and December and more than a quarter during the month of December alone.

The Pernod-Ricard share is also particularly sensitive to the forecasts and comments made by its main competitors especially by the directors of Diaego and Remy Cointreau.

You'll also need to carefully monitor the evolution of the parities which often has a very strong impact on the profits made by the group. You should of course keep a close eye on the achievement of medium-term objectives, in particular sales growth and the increase in operating margin.

As the Pernod-Ricard group makes numerous large-scale organizational and promotional investments to promote its innovations, in its priority markets such as the United States, it's important to check the profitability of these costs and the impact of these interventions on the sales.

Essentially, you'll need to monitor the achievement of the objectives set directly by the group, with a positive development in sales in the United States and India, better positioning on the Chinese market and the results of Absolut and Chivas products.

The Pernod Ricard group is currently one of the world leaders in the production and sale of wines and spirits. It owes its success to very large alcohol brands such as Absolut, Ricard, Ballantine's Whiskeys, Chivas Regal, Royal Salute, Jameson, Havana or the Mumm and Perrier-Jouët champagnes.

With a global workforce of 18,523 employees, Pernod Ricard is present worldwide.

Check out the main current competitors of the Pernod Ricard group that you should include in your analyses, taking into account their most important and influential news and publications:

The strategic alliances set up by the Pernod Ricard group:

Introduction and stock quote of the Pernod Ricard share:

The Pernod Ricard share price is listed on compartment A of the Euronext Paris market and is included in the calculation of the CAC 40 stock market index.

To complete this article, we suggest that you check out some general information about this share. This data essentially refers to Pernod Ricard's place on the stock market as well as the share's stock quote information and some technical specificities which you should know before you start out in its online negotiation:

To help you analyse the price history of the Pernod Ricard company, we suggest that you check out the historical events that have marked this group in recent decades.

By cross-checking these events with the major movements which impacted the price of Pernod Ricard shares over the same period, you'll be able to understand how this stock reacts to fundamental analysis and anticipate future variations.

The strengths and advantages of the Pernod-Ricard share as a stock market asset :

The first advantage of the Pernod-Ricard share is, of course, the very privileged positioning of this group in its sector of activity and internationally. Indeed, in the very specific field of wines and spirits, the group shares the leading position with the Diaego group, which gives it a certain stability in relation to its competitors and a strong reputation.

Geographically speaking, the Pernod-Ricard group also shows a certain balance with activities well distributed between the European market, the American market (North and South America) and the Asian market with the rest of the world. It therefore has little exposure to local economic risks.

In recent years, the Pernod-Ricard group has implemented a new strategy based on upgrading its products.

Pernod-Ricard also benefits from a low level of dependence on household consumption.

The Pernod-Ricard group has always been able to impose its price level on its consumer customers because of its premium positioning and the low level of competition on some of its flagship products. As a result, investors benefit from good visibility in terms of increased profits and the group can guarantee the preservation of its margins in the future.

For some time now, Pernod-Ricard has of course benefited from the end of the US embargo on Cuba. The group, which is present in this country with its Havana Club brand, thus has the opportunity to target the US market, which is currently the third largest rum market in the world.

Finally, we also note of course the strength provided by the financial structure of Pernod-Ricard, which is particularly healthy. The cash flow generated by the group's activity very easily reaches one billion euros.

Weaknesses and disadvantages of the Pernod-Ricard share as a stock market asset :

Firstly, the nature of the sector in which Pernod-Ricard operates must be taken into account. Indeed, with a significant increase in alcohol consumption among young people in recent years, the group is faced with an image risk that it will have to learn to circumvent.

On the other hand, while the group was banking on organic growth in sales, this recovery appears to be more delicate than expected, in particular because of certain uncertainties arising from the European market, as with the French market, which accounts for more than 8% of sales. Elsewhere in the world, this growth is being hampered by a drop in revenues in China. Asia in general is the direct source of some of the Group's financial difficulties, largely due to China, which has been experiencing difficulties for the past four years and a significant drop in sales and margins in India, a market that accounts for more than 10% of the Group's sales.

As a result, the prospects for growth and development are considered a little too weak by investors, who are losing interest in this stock in favour of more promising securities. Finally, Pernod-Ricard shares are suffering from a rather low yield that is finally discouraging the most hesitant buyers.

What are the latest figures published by Pernod Ricard?

If you would like to make a financial analysis of Pernod Ricard before trading its shares online, here are its latest results. For the 2019 financial year, the group reported sales of €9,182 million. Net profit was €1,455 million. Finally, it should be noted that the company's market capitalisation in 2020 was €41,843 million.

What financial information should be studied to analyse the Pernod Ricard share?

As you are no doubt aware, financial analysis of Pernod Ricard is one of the elements that you must include in your fundamental analysis of this stock. Among the important elements to be studied in this regard are, in particular, the dividends paid and their evolution, the minutes of the group's general meeting, regulated information or information on debt and, of course, the annual and quarterly financial statements.

How was Pernod Ricard created?

The Pernod Ricard Group was created in December 1975 through the merger of two companies, Pernod, which had existed since 1805, and Ricard, which had existed since 1932. These two brands were both aniseed aperitif brands. The group then underwent strong external growth and subsequently made numerous acquisitions, mainly in the field of alcoholic and non-alcoholic beverages.

--- Advertisement ---
Trade the Pernod Ricard share!
76.4% of retail investor accounts lose money when trading CFDs with this provider. You should consider whether you understand how CFDs work, and whether you can afford to take the high risk of losing your money.