This week started very strong. It's true that the publication of the first half results continues with enough surprises among companies. But it has to be said that the various stock exchanges are visibly in trouble this Monday due to several key factors that influence trading. At the same time, some companies such as AstraZeneca are managing to find agreements that are indispensable for the monitoring of the human race. But that's not all. Moreover, the situation in the mining sector is much more interesting than one might have imagined, with records that have never been set. This is the case, for example, with gold prices soaring while reaching historic records. A reality caused by the current pandemic context forcing investors to buy the yellow metal. Added to this are the Sino-American tensions and the depreciation of the dollar. It can be said that gold validly bears its famous nickname of safe-haven value.

--- Ad ---
Trade in gold now!
76.4% of retail investor accounts lose money when trading CFDs with this provider. You should consider whether you understand how CFDs work, and whether you can afford to take the high risk of losing your money. Trade CFDs with Plus500 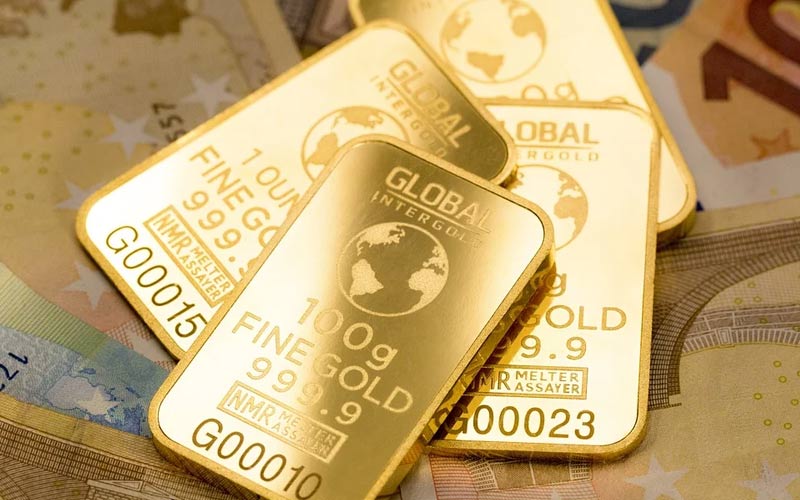 On Monday, Gold once again reached a new record due to the depreciation of the greenback. The ounce was an absolute high of $1,944.71 just after 5 o'clock. The latest session record of some $1,921 was set in September 2001. In general, it should be noted that the price of gold has appreciated by more than 27% since this year began.

This trend can be explained by the uncertainties surrounding the true extent of the global economic crisis that is currently gripping and shaking all countries. Furthermore, it should be recalled that the United States Federal Reserve (Fed) has had to adopt extensive monetary easing measures. These provisions have caused the dollar to plummet in recent months. It should be noted in passing that a decline in the U.S. currency makes it less expensive for all buyers who use other currencies in addition to the dollar.

Note: Keep in mind that gold is denominated in dollars.

The price of gold and the dollar

The current environment is expected to continue at its current pace. According to some analyses, gold is expected to surpass the $2,000 per ounce mark in the coming days. In addition, investors are looking to the Fed for further extraordinary measures as it emerges from its monetary policy meeting. Measures that could be delivered on Wednesday. It should also be noted that there is another key element lowering the dollar at the moment.

This is primarily the negotiations that are skating between Congress and the White House over a new plan to help the country's economy. In addition, there is an outbreak of coronavirus contamination in the United States that makes it difficult to restart activity in the same country. It should be noted that the dollar was at its lowest level ahead of the euro for about two years. One euro is worth $1.17.

We can see that gold is clearly the beneficiary of the demand for safe havens, while the returns on other investments are stinging. This is somewhat similar to sovereign bond investments, which are influenced by massive central bank intervention. At least that's the analysis of Stephen Innes at AxiCorp. Other experts predict a price of $3,000 per ounce for the yellow metal in the future.

So investors have something to get on the train. Let's finish by noting that the shares of Chinese mining group Zijin Mining soared on Monday, as did its neighbor Shandong Gold Mining.