The Allianz group was still fairly unknown in a number of European countries until fairly recently, but due to international success and a number of acquisitions, this company is now very well known and is traded on the Euronext stock market. Nowadays, the online banks and the online brokers and trading platforms enable individual traders to invest in this company’s shares. 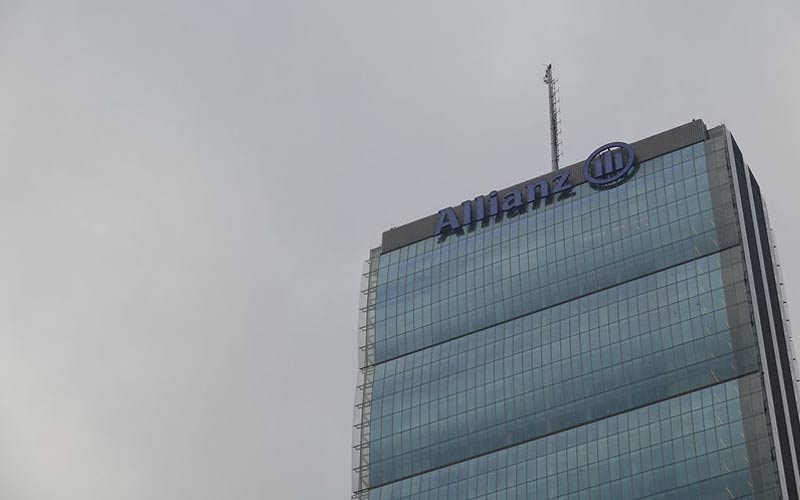 Allianz publishes the report of a disappointing first quarter. It shows a net decline of 27.7%, representing an outflow of 46.4 billion euros in equity management

This notably concerns the geographical expansion strategy of the company that has tried to expand from the basic European market into the highly popular emerging countries over the last few years.

It is clear that concerning the diversification of the group’s products, although the range of solutions offered by Allianz is already extremely comprehensive it would be advantageous for the group to investigate new market sectors where it is not yet present.

As with all large insurance companies, the Allianz group and its profits are of course highly exposed to certain exterior factors that it cannot control. This notably concerns natural catastrophes that lead to higher costs in payouts that can have major consequences for this company’s share price.

Allianz has also had to combat a growing number of frauds over the last few years that has resulted in financial losses for the group. It is therefore important to monitor the implementation of actions by this group to effectively fight this phenomenon.

Finally, it is clear that the financial and economic health of Europe and its member countries wherein Allianz proposes its products has a major impact on the growth of this company. All the general data relating to the purchasing power and therefore the ability of consumers to avail themselves of new products and services in this sector are true indicators of the possibilities of Allianz to increase its revenue.

Let us first look at the German Allianz group that issues shares under the same name, and its activity.

The Allianz group currently has more than 147,425 employees throughout the world.

The major competitors of Allianz:

With nearly 150,000 employees throughout the world the Allianz group is currently creating a major position in the insurance sector on an international level. It is undergoing a major expansion which has continued to increase its market share over the years. But this group has to face strong competition that is highly present in this area. This is why we have detailed here for you the major competitors of Allianz. We recommend that you monitor these companies in order to successfully complete comprehensive analyses on the Allianz share price. The major competitors to Allianz are as follows:

Depending on their position these competitors could impact Allianz to varying degrees.

The major partners of Allianz:

The Allianz Group has also based part of its market conquest strategy on well thought out and well negotiated partnerships. This is the case for example with a partnership signed with the Ford automobile manufacturing company in 2014 for a 5 year period for the specific distribution of automobile insurance.

On the same principle, Allianz has partnered for several years with the French SNCF Company to offer travel insurance to clients of this group.

More recently, Allianz has also signed a partnership agreement with the Uber VTC Company and has thereby become the official insurance supplier of driver networks thus increasing its market share at the same time.

Apart from these partnerships with major international companies, Allianz often collaborates on large sporting events which enables the company to benefit from a positive brand image and significant advertising worldwide.

Introduction and quotation of the Allianz shares:

It was in 2004 that the shares of the Allianz Company were first offered to the public on the European Euronext stock market. It should be noted that this company has also been part of the DAX 30 stock index for a few years now.

On its initial public offering, the Allianz Company share price achieved a level of around 100 Euros. It then continued to rise with the growth of the banking and insurance sector until 2007 with the price reaching €180 per share. Then followed a fall in the price with the arrival of the economic crisis that devastated the entire European banking sector and the share price therefore plunged drastically to around €50 in 2008.

Luckily, the Allianz Company managed to breathe a new lease of life into their activities by diversifying their product and service offerings and managed to recover the points lost to reach a new level of around €70 nowadays.

Apart from the information we have just provided to you relating to the activities of the Allianz Group and the historical movements in its share price, it is important to know certain other stock market details:

Economical and financial history of the Allianz Company:

To understand the mechanics that have caused rising or falling movements in the Allianz share price, it is helpful to look at the economical history of this company. Here therefore are a few key dates to remember:

The historical analysis of the listing for Allianz shares on the stock market:

The listing for the Allianz shares is on the Prime Standard German market of Deutsche Boerse AG.
Allianz is also one of the companies included in the calculations for the Euro Stoxx 50 stock index.

From a historical point of view, the stock market charts of the last ten years teach us a lot concerning the fluctuation possibilities of this listing.

The following bullish recovery was slower and enabled the price to achieve €108.05 in February 2011. We then observe a new but less severe fall with the lowest rate at €75.31 in May 2012. Since then, we have seen a good recovery that is still visible to date.

What are the advantages and strengths of Allianz shares as a stock market asset?

If you are among the investors interested in the best German stocks and want to invest some of your funds on Allianz’s shares, your investment target will largely depend on the strengths and weaknesses of this company. To help you see more clearly, here is a summary of the main strengths of this share.

One of the main strengths of Allianz shares, is of course, the strong brand image of this company which is known by the public throughout Europe and not only in Germany. This notoriety is of course due to a strong and well thought marketing communication, but also to the recent diversification of the services the company offers.

Allianz is mostly known for its life insurance and credit services. This is another of its strengths since the company is currently the undisputed leader of this market in Europe and puts a little more distance between them and their main competitors each year.

Allianz also counts with an extremely strategic geographical position thus it offers its products and services in many countries and is particularly well positioned in each of them. Through its several agencies, the group currently employs more than 150,000 people around the world and counts with an international expansion strategy that will probably enable it to continue expanding.

What are the flaws and the weaknesses of Allianz as a stock market asset?

Of course, as you can imagine, Allianz does not only offer advantages regarding stock market investment. Before you start speculating on this action online, you have to know the weak points of this company and be able to use them to your advantage with an adapted strategy. We invite you, to discover some of the flaws of this value and the problems that the German company Allianz could encounter in the years to come here.

First of all, it is important to remember that most of the insurance and financial activities proposed by the company concern the automobile industry, whether destined to particulars or professionals. Also, the company is strongly exposed to the economic health of this market as well as to the strong competition of the sector.

Even if Allianz has a rather positive brand image today, there have also been some controversies concerning the role that the company played during the second world war, a fact that has been slowing down its growth in some countries which were marked by this period and where the most discerning consumers are still skeptic about the entity.

Although Allianz is currently the leader in several sectors in the field of insurance in Germany as well as in the rest of Europe, we should not forget that the competition in this sector of activity is very strong and that other big European companies are also trying to gain notoriety in this market every day. It is therefore essential for the company to show strong competitiveness.

Finally, the slowdown of the company’s growth in recent years has become one of its weak points. Even if the outcome shows a certain stability, the movement of the growth observed since 2011 has a tendency to falter, which creates fear that the share could fall. Investors prefer to turn to shares that count with progression potential and incomes that are higher than that of Allianz. Let’s not forget that the company has historically often published results that have been below the expectations of the consensus, which has caused disappointment on the market and led to greater skepticism about the company.

How is the capital of the Allianz Group divided?

The Allianz Group does of course exercise lobbying activities. In fact, this company has been registered since 2009 on the register of transparency of interests with the European Commission. For this activity the company declared an annual expenditure for 2018 of between 1,000,000 and 1,250,000 Euros. The lobbying figures for 2019 have not yet been released by the company at this point.

How to make predictions on the Allianz share price?

If you wish to make precise predictions on the Allianz share price then you should take into account a technical analysis through a study of the historical stock market charts and the various price movements displayed. You should also complete a fundamental analysis of this asset at the same time taking into account the factors that are the most likely to exert an influence on this asset price.

--- Advertisement ---
Trade Allianz shares!
76.4% of retail investor accounts lose money when trading CFDs with this provider. You should consider whether you understand how CFDs work, and whether you can afford to take the high risk of losing your money.