If you wish to add this type of asset to your stock market portfolio then we offer you the opportunity here to read practical and useful information about the Alstom Company and learn how you can complete a precise analysis of its share price. 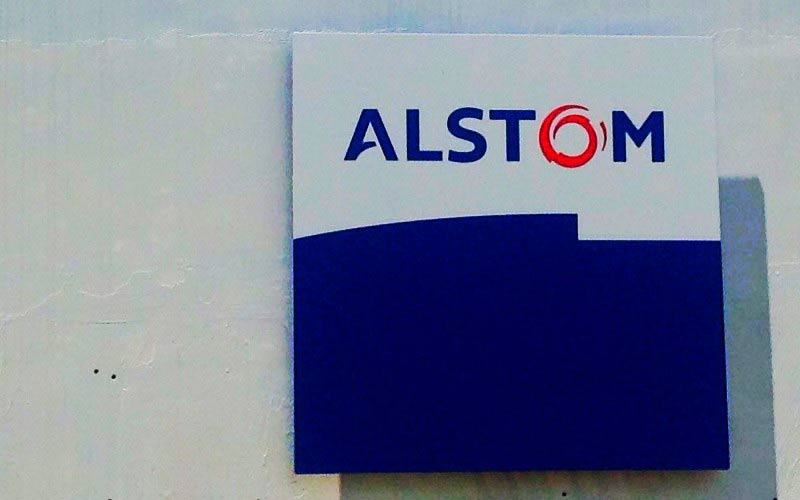 Alstom authorised by the EU to acquire Bombardier

The European Commission has just authorised the acquisition of Bombardier Transport by Alstom, which will create the world's second largest rail company. Explanations and stock market advice.

We know that market specialists and analysts are currently expressing certain doubts as to the ability of Alstom to fulfil its role as a Pure Player in the rail transport sector. Reassuring communications and implemented measures relating to this factor will therefore have an undeniable effect on its share price.

The fact that the fiscal year of the company is slightly different with an accounts closing date of 31 March is a significant point to know as you will of course be paying careful attention to the publication of financial accounts.

From a strategic point of view, the Alstom Group has implemented a procedure whereby the revenue should be optimised sometime between now and the end of 2020. It is therefore recommended to carefully monitor this income and the achievement of the company’s prior fixed objectives.

The Alstom Group should in any case benefit from major contracts such as that with the Grand Paris, PRASA and an Indian contract that could lead to a locomotive order worth around 3.2 billion Euros. The completion of these contracts and their financial income are also points that should be followed closely.

The closing of the Alstom production centres that have at times harmed the group’s brand image should also be taken into account regarding their possible effect on the company’s stock market share price.

Finally, we know that the capital of the Alstom Company remains uncertain for the forthcoming years. The Bouygues Group that currently holds 28.3% of Alstom’s capital should sell part of its shareholding to the French State that currently holds 20% at a unit price of €35 during the 20 months following the share buyback agreement.

--- Advertisement ---
Trade in Alstom shares!
76.4% of retail investor accounts lose money when trading CFDs with this provider.
If you wish to add this type of asset to your stock market portfolio then we offer you the opportunity here to read practical and useful information about the Alstom Company and learn how you can complete a precise analysis of its share price.

General presentation of the Alstom Company:

Alstom is one of the leaders in the manufacture of infrastructures destined for the energy and transport sector on an international level. Its activities can be divided among several different areas, the principal being that of energy production equipment and services. It is also a significant player in the sector of rail transport equipment construction as well as the manufacture of equipment for transport and the distribution of electricity.

Although mainly active in Europe, Alstom has also developed its activities all over the world, notably in Pacific Asia, Africa, the Middle East, North America and Latin and Central America.

Know the competition to Alstom shares:

The Alstom Group is undoubtedly the French leader in its activity sector but has to face fierce competition from foreign companies on the international market. It is therefore very important to know the major companies in this sector to be able to compare their financial results with those of Alstom and read all the news and events susceptible to influence this company’s stock market share price. We therefore offer you the opportunity here to read through our list of major competitors to Alstom worldwide:

The Alstom Group has gained parts of the market through its association with other large companies worldwide. To better understand how it operates its alliance strategy here are some examples of the company’s recent partnerships.

The advantages and strong points of Alstom shares as stock market assets:

The primary advantage of the Alstom group is clearly its position in one of its major activity sectors, that of rail transport with products and services for tramways, underground and TGV. In fact, Alstom is currently one of the leaders in this area on an international level.

Alstom has also benefitted for a while now from the development of emerging countries and their significant ongoing requirements regarding infrastructure. Also, the western countries continue to renew and modernise their own infrastructures. All this combined leads to a worldwide market that the specialists estimate to be worth over 10 billion Euros with a growth of between 2.5 to 3% each year.

Another strong point of the Alstom Group concerns its ability to cover all the aspects of rail construction. This is notably the case since the group acquired the signalisation activities of the General Electric Group which represents over 54% of sales in the signalisation systems and services sector with 17% for signalisation alone. 45% of sales is achieved by the trains and the rest from maintenance services.

The Alstom Group also offers a clear visibility on its future financial returns due to a full order book notably related to international contracts. The short and medium term profitability of this company is therefore not a reason for anxiety at present and investors are thereby largely reassured.

Finally, we also note that the cash return recorded by Alstom over recent years of over 3.2 billion Euros following the sale of its energy activities to the American group General Electric confers Alstom with a certain stability and financial solidity with an almost total elimination of the group’s debt.

The disadvantages and weak points of Alstom shares as stock market assets:

Firstly, we know that Alstom shares are highly dependent on public expenses and the financing capacities of its major clients. This leads to a significant risk exposure regarding a few different clients that feature on Alstom’s order book. The policy decisions relating to these budgets can therefore be highly influential.

We also know that the Alstom Group has entered, during the last few years, in a sale procedure with the General Electric Group. As can be easily noted, the volatility of the Alstom share price has continued to increase over the same period and in accordance with the announcements made that can be linked to this procedure. This situation should continue through 2020 following a major acceleration in 2018. In fact, in September 2018 Alstom and General Electric were expected to launch their joint venture with Alstom sales options for GE regarding Grid and Renewables that could be introduced onto the stock markets. In 2020 the same situation was predicted to occur with Global Nuclear and French Steam.

Although there is clearly ongoing international development of the Alstom Group activities, growth of these same activities in France remains a major problem that the group needs to resolve which is also reinforced by a governance conflict with the French state which is a minority shareholder in the group.

The investors are also disappointed by the lack of clear objectives relating to the last few years’ operations and a 7% forecast for 2020 against the recent 5.3%.

Of course, we also know that the joint ventures that the Alstom Group has implemented with the General Electric Group are susceptible to significant risks of under-evaluation of the Alstom share price. In fact, the status of the future group is that of an industrial holding until the agreement has been completely finalised.

What events have marked Alstom's history?

In 1969, Alstom became a subsidiary of Compagnie Générale d'Électricité. The group merged with Chantiers de l'Atlantique and became Alstom Atlantique in 1976. In 1989, Alstom merged with GEC Power Systems and became GEC-Alstom. In 1989, GEC-Alstom becomes Alstom and goes public. In 2010, the group will acquire the transmission activity of Areva T&D. In 2014, the company sells its energy sector to General Electric and the French State acquires 20% of its capital. Finally, in 2020, the group will acquire Bombardier Transport's rail activity.

What are the latest financial statements of the Alstom Group?

Alstom's last known financial balance sheet is for the 2019 financial year and shows sales up to €8,072 million and net profit of €681 million, also up. The company's shareholders' equity thus reached €4,159 million and its market capitalisation at the end of 2019 was €8,461 million.

As you probably already know, Alstom is currently one of the companies included in the CAC All Shares index, the benchmark French stock market index. But what you may not know is that it is also part of other indices including the CAC All Tradable, the CAC Large 60, the CAC Next 20, the Euronext 100, the Low Carbon 100 Europe, the SBF 120 and the Stoxx France 50.