Anxiety is back in full force in the markets

It should be noted in summary that the Paris Stock Exchange lost 4.30%, the London Stock Exchange 3.83%, 4.23% for Frankfurt, 3.04% for Madrid. The one that recorded the strongest fall is the Milan stock exchange estimated at 2.97%. The consequences of the worries are not observed in Europe, the United States also succumbed. On Wednesday, as it rang 17:10 GMT on Wall Street, the Dow Jones Industrial Average, which is a leading index, dropped 1.84%. While the broad S&P 500 index fell by 4.32%, the technology-intensive Nasdaq lost 3.89%. These figures were analysed by AFP's head of continental European brokerage at Oddo Securities (Michaël Jacoby): "we have no reason to start a sustained upward trend until we are certain (...) that we can break out of this confinement, which is putting a total halt to our economic activity".

--- Ad ---
Trade now on the CAC 40!
76.4% of retail investor accounts lose money when trading CFDs with this provider. You should consider whether you understand how CFDs work, and whether you can afford to take the high risk of losing your money. Trade CFDs with Plus500 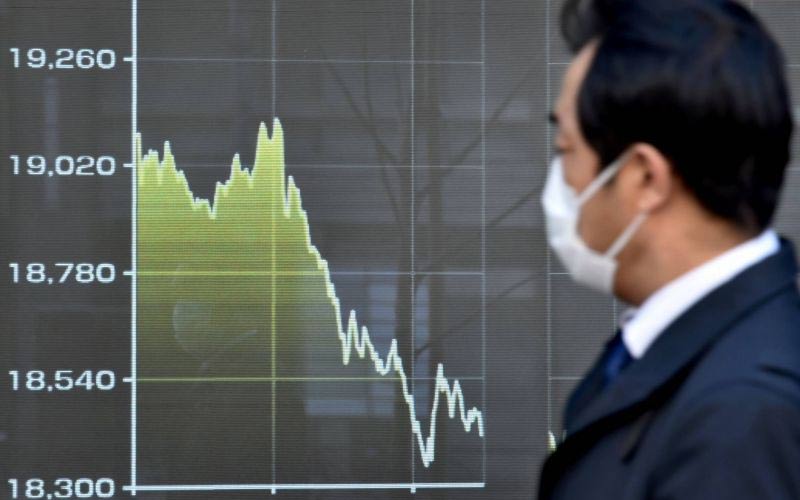 According to him, "we are in a phase of stock market trading with micro rebounds", even if the "general trend remains totally negative". It should be pointed out, however, that since the first cases of people confirmed positive to Covid-19 in China (December), the world has officially recorded more than 865,000 cases in declarations. Europe accounts for more than half, Asia for 110,000 cases and the United States for 189,000 cases.

The United States is therefore severely affected by Covid-19, far exceeding the number of cases recorded in China. U.S. President Donald Trump was quick to urge his compatriots to be prepared for "very painful" weeks. Weeks that will weigh heavily on the business and household economy. According to Tangi le Liboux, "the world stock exchanges have ended a black quarter, one of the worst in history".

The strategist of the broker Aurel BGC called Tangi Le Liboux goes further in his analysis by saying that "the handover between the first quarter and the second quarter is a very important factor in the economic situation of the company.is looking tricky after Donald Trump's gloomy comments on the situation to be expected in the next two weeks in the United States". On the oil side, there was a clear decline despite Tuesday's slight increase. The values are more expressive.

The price of a barrel of Brent in London had dropped 6.38% to $24.67 by 17:00 GMT. On the other hand, WTI crude oil prices in New York were down 1.76% to $20.12 per barrel. A look at the debt market shows that the debt market ended the session with no noticeable change. According to Director Benjamin Melman, "central banks have regained control.

Mr Bejamin Malman is the Chief Investment Officer of: Edmond de Rothschild Asset Management. He continues his analysis: "it is important to stress that a large part of the bond market is returning to normal", starting with government bonds.