Some stock exchange shares seduce traders through the popularity of the company which emits them, as is the case for Coca Cola shares. But what are these shares really worth and how can you trade them using CFDs on a trading platform? These are some of many questions which we will review here with some advice and information on the Coca Cola company. 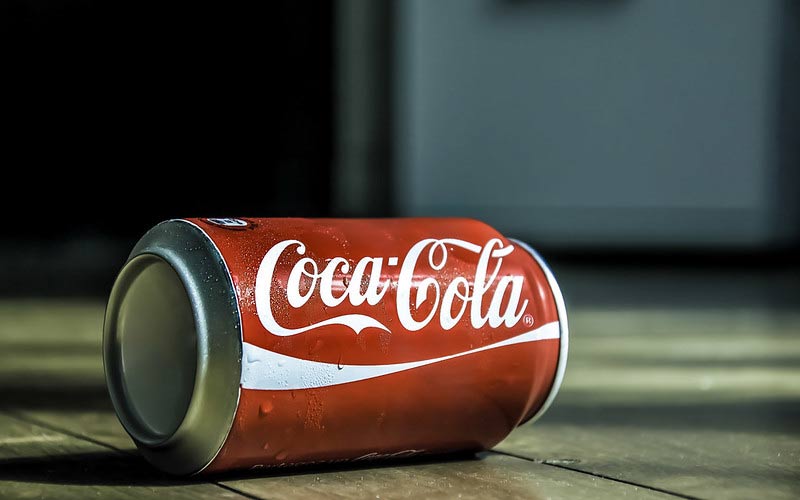 When Coca-Cola's EPS is above the consensus, it is urgent to take stock at the level of this American giant. Here's everything you need to know about Coca-Cola this Tuesday with a degraded April.

Firstly, and for the last few decades the bottled water market has experienced significant growth. In fact more and more bottles are sold every day and the Coca-Cola group is well placed to seize a large part of the new market created by this rise in demand.

This is the same for health drinks and food. This sector is of course one of the areas that the group has heavily invested in during recent years which offers a significant advantage against its competitors.

Also, the Coca-Cola group is particularly well positioned with the major emerging markets worldwide. On these markets the demand for non-alcoholic drinks has continued to increase over recent years which again represents an advantageous source of revenue.

Finally, the group continues to develop with the procedure of strategic acquisitions of smaller companies.

Firstly, if the group tries to position itself in the healthier agro-foods market then changes in customer behaviour could impact the profits of Coca-Cola.

Water is also an increasingly rare resource and the price could increase significantly over the coming years.

Coca-Cola is also subject to fluctuations on the foreign exchange market which could negatively impact its competitiveness due to the rise in the American dollar value.

The increasingly strict regulations relative to obligatory information on labels could negatively impact the company’s reputation.

We would of course recommend you monitor the competition closely, notably that of the PepsiCo group which is gaining an increasing larger market share, as well as the rising saturation of the soda drinks market.

To conclude, this group is experiencing a significant fall in its gross and net profits which should therefore be subjected to close surveillance.

The Coca Cola company was created at the end of the 19th Century and in the beginning was marketed as a medicine in the form of syrup prepared from coca leaves  and cola nuts, hence the name given to this globally known drink. It was in 1916 that the famous glass bottle that made the drink such a success made its debut and became its trademark.

Even today, and in spite of competition, the Coca Cola Company is the largest non-alcoholic drink distributor and producer throughout the world, in front of its direct competitor “Pepsi”.

What is the average turnover of the Coca Cola Company and how is it distributed?

The Coca Cola Company generates more than 7 billion dollars profit each year from a total of almost 40 billion dollars in net income. But the production of this company must be divided in two large sectors.

The first of these sectors which represents the largest profit share of course relates to the sale of drinks.  As opposed to what one could believe, the Coca Cola Company does not produce only soda of the same name but also distributes other well known drinks such as Sprite, Fanta, Minute Maid and Nestea. This sector by itself represents nearly 73% of the total benefit.

As for the second sector, it relates to the bottling. At the beginning, this part of work was entirely sub-contracted, but, since the Seventies, the Coca Cola Company decided to buy out the majority of the bottling factories in order to manage the entirety of its production without external providers. This part therefore relates to the 27% remaining sales turnover.

Of course, the majority of the Coca Cola Company sales are from abroad with nearly 75% of the sales turnover on a world level, whereas its competitors are much more present in the United States.

The Coca Cola Group shares are priced on the New York Stock Exchange or NYSE. Historically, the price of this share has evolved from 39 to 65 U.S. dollars since its IPO in 2005.

The major competitors of Coca-Cola

It is important that you know precisely which are Coca-Cola’s global competitors in order to better prepare your stock market trading strategies for this asset. Here therefore are details on its competitors:

Pepsi is of course currently the major competitor of Coca-Cola and holds 43% of the soft drinks market in the United States. But Pepsi is the world leader in still soft drinks worldwide and holds 50% of the market compared with only 23% held by Coca-Cola in this specific sector.

However Coca-Cola also has other competitors in this sector such as Re Bull, Oasis, Orangina as well as Lipton, Schweppes and a number of others. But these brands remain below the leader Coca-Cola and do not represent a real threat compared to Pepsi.

The major partners of Coca-Cola

Coca-Cola is also proficient in using partnerships to keep its position on the highly popular soft drinks market. For example, in 2014 it signed an agreement with Facebook for a digital strategy on all its brands. Coca-Cola has also been a partner of Nestle since 1991.

Finally, the Coca-Cola Group is also a favoured partner of Disney, notably the DisneyWorld Parks that sell its drinks worldwide.

The factors in favour of a rise in the Coca-Cola share price:

Although Coca-Cola shares are among the most traded on the stock markets worldwide this does not mean that an analysis of this asset is easy or simple. In fact, to be able to anticipate future movements in the Coca-Cola share price you will need to summon all your resources and try to understand the current factors in favour of a rise in this asset as well as those in favour of its fall. This is exactly what we shall examine here in this article starting with an examination of the arguments in favour of a rise in this company’s share price which corresponds to the advantages of the Coca-Cola Company in its market.

The factors in favour of a drop in the Coca-Cola share price:

It can be tempting to think that the Coca-Cola share price can only increase over the coming months and years especially given the positive points and advantages that this company boasts. However, even though the weak points of this company are few they are nonetheless very real and could strong influence the decisions of large investors. It is therefore extremely important that you take these weak points into consideration when completing your analyses prior to taking positions on this company’s share price. Here are details relating to the two principal arguments in favour of a drop in this asset or a slowdown in its rising trend.

As you may have observed, these two arguments remain potential highly impactful factors and should therefore be seriously taken into account before implementing a trading strategy with this asset.

What is the historical performance of Coca Cola shares?

Since the year 2000 and after experiencing a drop to less than 1% at the end of the 1990’s the returns on Coca Cola shares have followed a rising trend over nearly ten years with a 3.5% return in 2009. Concerning the last ten years the returns on this asset have experienced a stable phase of around 3% with a brief drop to 2.5% in 2012. Since then the returns on this share have been moving within a band of 2.5 to 3.5%.

What are the arguments in favour of a rise in the Coca Cola share price?

There are a number of advantages to investing in the Coca Cola company share price, notably as part of a long term strategy. This American company has proved itself to be particularly solid over time and proved its strength and resilience in the past. Its development and growth are still strong. Although this company’s share price is high this does reflect the solidity of the company rather than an over-evaluation.

What is the current stock market capital of the Coca Cola Company?

--- Ad ---
Trade Coca-Cola shares!
76.4% of retail investor accounts lose money when trading CFDs with this provider. You should consider whether you understand how CFDs work, and whether you can afford to take the high risk of losing your money. Trade CFDs with Plus500