Banks represent financial institutions that are legally governed by a monetary and financial code. Basically, they are places where it is possible to open an account and keep money as valuable assets. However, because of the authority a bank has, it can freeze a person's assets. This is the economic sanction procedure adopted against the Democratic activist Ted Hui.

--- Advertisement ---
Trade HSBC shares!
76.4% of retail investor accounts lose money when trading CFDs with this provider. You should consider whether you understand how CFDs work, and whether you can afford to take the high risk of losing your money. Trade CFDs with Plus500 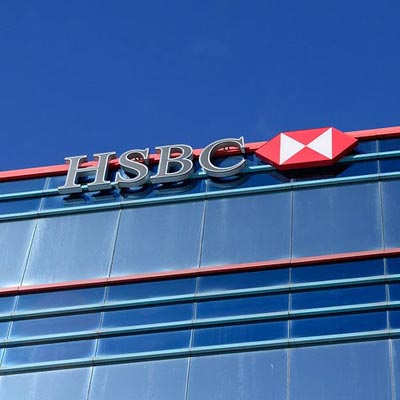 A decision criticized by the Inter-Parliamentary Alliance on China

The Inter-Parliamentary Alliance on China is an international coalition of parliamentarians. It brings together representatives from several countries such as Australia, the United States, Japan and the United Kingdom. They sent a letter to Mark Tucker, President of the Hong Kong and Shanghai Banking Corporation (HSBC), to question him about the freezing of Ted Hui's assets.

Indeed, a criticism is made about the blocking of bank accounts of democracy movement activists from Hong Kong, including Ted Hui who has been exiled in London since December. The bank has not provided the concerned parties with any evidence or any court order urging it to take this action. The bank has not agreed to publicly answer the questions of the activist and his family.

The letter also refers to the fact that HSBC Bank has also frozen the bank accounts of Ted Hui's family members, even though no charges have been brought against them. This situation becomes very worrying and pushes the members of the alliance to intervene by all means to expose this irregularity.

Following the mobilisation of parliamentarians, a spokesperson for HSBC Bank intervened to simply indicate that their structure was not empowered to "comment on individual cases".

However, the spokeswoman was careful to point out that the Hong Kong police reportedly publicly explained in early December the reasons for freezing the assets of Ted Hui and his family. It would be the latter who would have communicated the order to the bank so that it could operate to freeze the accounts of members of the Hui family.

Also, before a specific and judicial instruction such as the police, the bank had no real alternative. It had to carry out and comply with the instructions it received from the Hong Kong authorities and therefore froze the bank accounts of the MP, the members of the Hui family and those persons under official investigation.

There are many reasons why authorities may require a bank to freeze a person's bank account. The first reason is for illegal or suspected illegal activity, and the second is for non-payment of debts to a creditor or to the government.

Once a bank account is frozen, it is difficult to carry out transactions such as withdrawing or transferring money from it, as long as the situation has not returned to normal.