Speculation on the asset prices of major international banking groups is becoming increasingly popular with investors who thereby profit from a high volatility and significant movements. Although some have these shares in their portfolios others prefer to speculate on these assets by using derived financial instruments that enable them to trade on the rise and on the fall of the share price, such as CFDs. 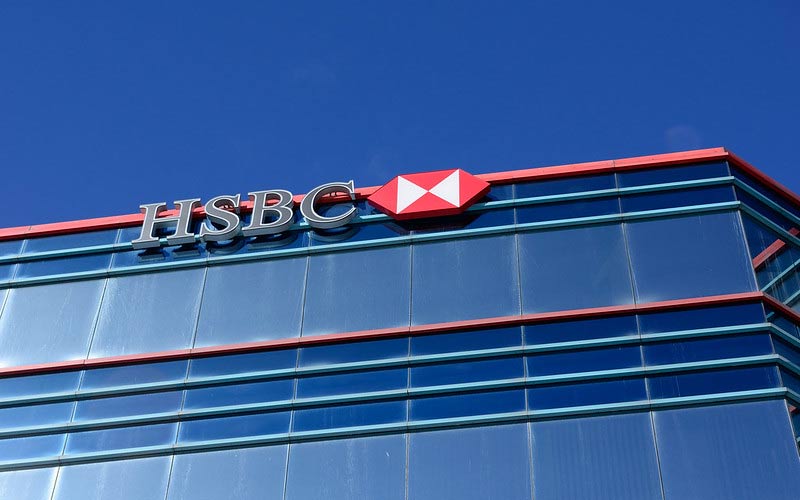 HSBC's share price fell on Monday on the stock market on the back of threats from China. Let's take a look back at this historical decline and its causes so that you can anticipate future trends.

HSBC's asset acquisitions could be strengthened by the group's strong capitalisation, which would help it to sustain its business model.

The group's presence in emerging markets is of course an essential point, with acquisitions planned in Indonesia and other target countries.

More generally, HSBC's globalisation is an element that can protect the group from financial and credit problems that affect competition and could ultimately position the brand as a trusted brand in the lending business.

Finally, HSBC could take advantage of the negative media coverage of most of its competitors to restore its brand image and make its past mistakes disappear. The group could thus decide to set up a formal corporate social responsibility program to make decisions more transparent and ethical and thus regain investor confidence.

Although HSBC is making every effort to regain the public's trust, it could still suffer from the repercussions of the behaviour of its competitors and the various scandals that are currently affecting the banking sector as a whole.

Similarly, HSBC is facing the impact of the credit crisis, which has reduced its lending capacity and caused it to lose many customers. In addition, of course, there is the housing crisis and the decline in the value of real estate, which can have a direct impact on the group's profitability.

Nor is it impossible that new scandals involving HSBC will soon come to light and further damage the group's reputation.

Finally, the HSBC group could be subject to new regulations in certain countries that could threaten its profitability.

The HSBC Company as we know it is actually named HSBC Holdings PLC, and it is under this name that you will find its assets on the financial markets. The abbreviation HSBC represents ‘Hong Kong & Shanghai Banking Corporation’. The HSBC is currently one of the leading global banks and the sixth company worldwide.

Let’s notice that the HSBC is mostly owned by Banking Corporation Limited, a bank stablished in 1865, by Thomas Sutherland, a Scottish, who is also the main founder of the group, to finance trade in the Far East, Hong Kong and Shanghai.

HSBC activities are divided as follows:

The banking group HSBC has developed its business all around the world, including in France where this company is very popular. On the French territory, it owns all the banks of the CCF group which the company bought in 2000 and which are now called UBP, Hervet Bank, Bank of Savoie, Bank Dupuy de Parseval and CCSO, Picardie Bank, Marze Bank, Pelletier Bank, Baecque-Beau Bank. Some of these subsidiaries have recently associated to be grouped under the name of “HSBC France”.

The peculiarity of this group is that they offer services to wealthier clients and to large enterprises.

Of course, HSBC has also bought several banks around the world, in Canada, the United States, Peru, Switzerland and Algeria.

The major competitors of HSBC:

HSBC is a British banking group that is one of the largest banking companies worldwide. In this position it faces strong competition from certain large companies in this sector that also influence the international markets. To enable you to better monitor this sector and understand the position held by HSBC shares here are details of the major competitors of this group:

By monitoring the current events of these banks you will be in a position to better understand the growth possibilities of the HSBC bank and the movements in its share price on the stock markets and therefore take strategic positions on the markets taking their competitors into consideration.

The major partners of HSBC:

The HSBC banking group has succeeded in developing its activities throughout the world due to the implementation of strategic partnerships with competitors and large companies that exercise activities in other sectors. To understand this more clearly here are the details of several of these partnerships.

HSBC is notably partnered with the French bank BNP Paribas in a management project related to the French national debt.

The HSBC Group has also implemented a partnership with the American group Apple. They have signed an agreement related to the operation of a recently implemented Apple Pay system that enables the payment of purchases. Other large banks are also partnered with Apple in this project.

To conclude, HSBC is also partnered with Europcar in the private and professional vehicle rental sector in France and throughout Europe.

Introduction and quotations of the HSBC shares:

Although quoted on the British and European stock markets for a number of years now, it was in 2010 that the HSBC group was introduced onto the Shanghai market.

Historically, it should be noted that the share prices of this company, similar to those of other banking groups quoted on the stock markets, have been subject to strong variations, both rising and falling, depending on the economical climate. Consequently, after attaining its highest rate of €14.8 in 2001, HSBC shares experienced a strong crisis leading them to fall to €8.4 in 2003 before recovering to €13.4 in 2006. Then came a new and longer period of decline which brought the share price down to its lowest historical rate of €3.7 in 2009.

Since this time, the price has followed various major rising and falling fluctuations but with an overall positive trend.

To conclude let us look at more general stock market information on HSBC Group shares. It is in fact important to know these details before launching into speculation on this asset.

With all this information you will be able to implement an effective trading strategy with HSBC shares.

Breakdown of the activities and turnover of the HSBC Group:

To be able to fully understand which events can influence the HSBC share price and thereby better anticipate the possible variations it is essential to know more about the distribution of the company’s activities and turnover.

The HSBC Group is one of the international leaders of the banking sector but its activities can be classified according to their importance into different sectors as follows:

Understanding the geographical spread of the turnover achieved by the HSBC Group is also important to complete an effective fundamental analysis. This is as follows:

The advantages and strengths of HSBC shares as a stock market asset:

To take a long bullish position in HSBC's share price, you must of course be convinced of the growth potential of this security. To help you do this, here are some of the company's strengths that are consistent with a positive trend.

First, HSBC Bank is considered to be a company with attractive capital in that it has been able to withstand economic volatility, particularly during the credit crisis that affected most of its competitors. Thanks to this attractive capitalization, HSBC is more independent of government support during periods of banking crisis, which is a real asset for investors and the confidence they have in it.

Other advantages of the HSBC group include its development in emerging markets, which is stronger than that of competitors in this sector. The group thus has a head start in these promising countries.
HSBC also has the advantage of offering a diversified portfolio of financial sites and products. It is therefore less exposed to risk than other major banks.

The cost management implemented by the HSBC banking group is also an advantage to be highlighted here. Indeed, through various cost-cutting measures, HSBC has made its operations more efficient and has succeeded in improving its profitability over the long term.

Finally, it may also be recalled that the HSBC group has succeeded in recent years in improving its presence in new financial markets, which has made it possible to increase its sources of income and sometimes even to offset losses in other areas. Through this strategy, HSBC is able to maintain a certain balance in its accounts.

The disadvantages and weaknesses of the HSBC share as a stock market asset:

While the HSBC group seems to have many strengths to face the future with confidence, it also has some weaknesses that you should also be aware of before embarking on a buying trading strategy. Here are the weak points of this company that you must take into account.

First, it is regrettable that HSBC's strategy of aligning with small businesses has significantly increased its risk exposure. This association could eventually lead to losses in terms of profits.

Many scandals and disputes have marked HSBC's recent history, which may have damaged its brand image. This was particularly the case with its involvement in the subprime market in the United States, but also in 2012 with a financial scandal at the heart of which was the British banking group. Moreover, it would seem that the group did not learn from its mistakes. More recently, HSBC has been the subject of an in-depth investigation into possible foreign exchange market manipulation. As a result, the group's reputation may not improve and investors may gradually lose confidence in the company.

Other shortcomings of this group include the fact that HSBC has recently announced numerous layoffs in an effort to reduce costs. Again, this decision was not well received by critics and favoured negative opinions from the general public and shareholders.

Finally, the last weakness of the HSBC banking group concerns its desire to expand internationally. Indeed, while this expansion strategy allows it to win new markets, it also leads to a loss of links with its local public, to which it attaches less and less importance. This could of course have a negative impact on its results in the United Kingdom.

When can you trade HSBC Group shares?

It is possible to trade on the HSBC share price during the opening hours of the London Stock Exchange (LSE) stock market, i.e. the LSE. This stock is listed on this financial centre from Monday to Friday and from 9:00 am to 5:30 pm. However, you can also trade this stock outside these hours through an online trading platform accessible 7 days a week and 24 hours a day.

What are the different trading places where the HSBC share can be found?

Which subsidiaries are owned by HSBC?