The events are multiple and diverse at this time when the coronavirus health crisis is shaking the world. The United States has become the country most affected by this global pandemic. So the US economy is rightly impacted. The companies that drive the country's markets have been struggling since the advent of this crisis in the United States. The most recent case is that of the Chinese group Luckin Coffee. Indeed, the facts go back to Saturday 27 June 2020 when the Chinese group Luckin Coffee announced its withdrawal from the Nasdaq. The direct competitor of the American group Starbucks made this announcement following a massive fraud affair that made great noise. This decision literally marks the end of the American dream for the Chinese chain Luckin Coffee, known as very ambitious. This forced withdrawal came after its listing on the New York Stock Exchange.

Start trading on the Nasdaq
76.4% of retail investor accounts lose money when trading CFDs with this provider. You should consider whether you understand how CFDs work, and whether you can afford to take the high risk of losing your money. 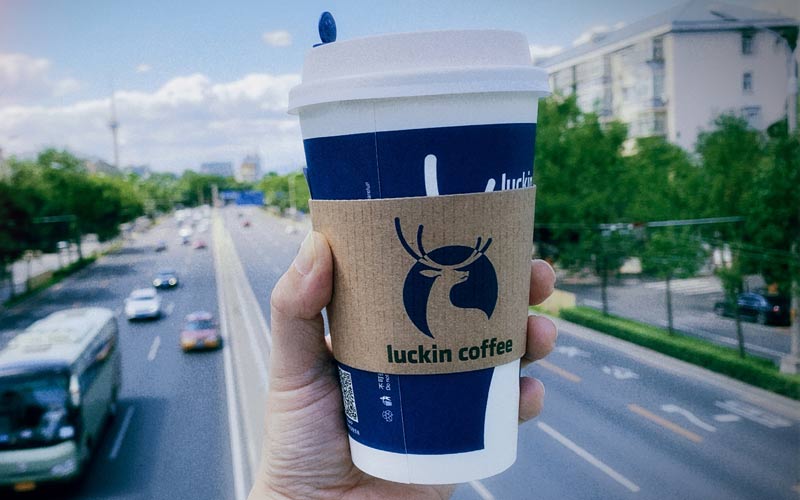 The listing of the Chinese group on the American Stock Exchange had taken place in May 2019, one year earlier. However, the foundation of this coffee company and coffee chain took place in 2019 in the Chinese capital Beijing. According to a balance sheet made in January 2020, the group manages 4,507 stores, which exceeds the total number of Starbucks stores in China. Very quickly, Luckin Coffee was noticed by its stock market performance.

This Chinese company had been valued at nearly $4 billion. It had even raised $561 million. But all this happened long before its freefall that began last April. The facts had come to light when Luckin Coffee had the unfailing support of major institutions such as the Louis Dreyfus Company and Goldman Sachs.

Details of the situation

Indeed, in early April, Luckin Coffee revealed that one of its leaders was the subject of an accusation. The man was accused of being responsible for falsifying sales figures during the year 2019. More than 310 million dollars are concerned by this falsification, i.e. half of the turnover (sales) of the Chinese group. Immediately, the share lost more than 70% and a period of several weeks without trading followed.

A month later (mid-May), the Nasdaq asked the Chinese to withdraw from the New York Stock Exchange because of public interest concerns. The latter being raised by the rigged transactions revealed by the company. Luckin Coffee had decided to appeal this decision even though it apologized for the deplorable consequences of the situation. But no success! It will have to suspend its activities on the Nasdaq from this Monday, June 29, 2020.

Note: The Chinese group Luckin Coffee will also have to request delisting according to a press release from the latter. However, all eyes are on Luckin's Extraordinary General Meeting to be held in early July. The main item on the agenda will be the removal of several members of his management team. CEO Charles Zhengyao Lu is at the top of the dismissal list.