The French laboratory Sanofi and its American partner, the Translate Bio group, have been working together since the beginning of the health crisis on the development of a candidate vaccine against Covid-19. Yesterday, the two companies announced encouraging results from their pre-clinical trials and are now preparing to begin human trials that should be launched before the end of the year.

--- Ad ---
Trade the Sanofi share!
72% of retail investor accounts lose money when trading CFDs with this provider. You should consider whether you understand how CFDs work, and whether you can afford to take the high risk of losing your money. Trade CFDs with Plus500 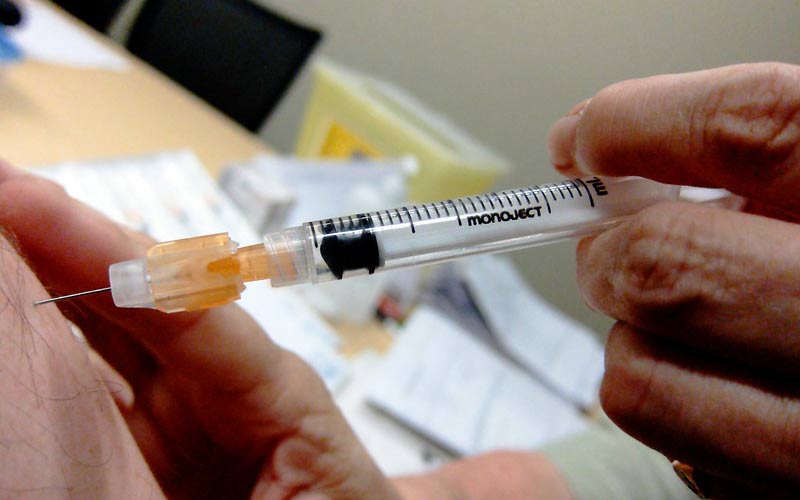 The vive-president of the Sanofi group indeed made this very positive announcement yesterday during the day and explains that the preclinical results reported by the group show that the candidate vaccine concerned, called MRT5500, has succeeded in inducing a favourable immune response in the mice and primates tested during these first trials. Thomas Triomphe welcomes this good news with a first concrete advance in the fight against the virus.

It should be remembered that the candidate vaccine concerned by this announcement has a specificity since it is a messenger RNA vaccine. This technology is based on the principle of providing the body with the genetic information necessary to trigger immunity and therefore effective protection against the virus. According to the report of the first clinical trials conducted on animals, the injection of two doses of this vaccine resulted in the production of significantly higher concentrations of neutralizing antibodies than those observed in subjects already infected with the virus.

Another vaccine being studied by Sanofi:

But Sanofi has more than one string to its bow when it comes to the covid vaccine race. Indeed, let us recall here that the laboratory is also currently developing another candidate vaccine with another partner, namely the British group GSK. This candidate vaccine is also at an advanced stage since clinical trials in humans began in early September. However, it will not be until December that a possible launch of a Phase 3 clinical trial, the final stage of these trials, will be possible.

It should also be remembered that competition on the subject is fierce since the WHO had, when it published its latest update on the epidemic in early October 2020, listed no less than 42 candidate vaccines that were being evaluated in clinical trials on humans and throughout the world. In addition to these trials that have already begun, the World Health Organization has also counted more than 151 candidate vaccine projects that are still in the pre-clinical or development phase.

The stakes are high both for the global economy and for the laboratories currently working to be the first to find an effective vaccine against this new coronavirus. In the end, the benefits are indeed particularly important and represent a real economic stake for these companies around the world.