A new partnership has just been created between the French company Dontnod and the Chinese Internet group Tencent. The latter enters into the capital of the video game development studio during a fundraising event. This operation will enable Dontnod to strengthen its position in its sector of activity by counting on the support of the leader in online games.

--- Advertisement ---
Trade Tencent shares!
76.4% of retail investor accounts lose money when trading CFDs with this provider. You should consider whether you understand how CFDs work, and whether you can afford to take the high risk of losing your money. Trade CFDs with Plus500 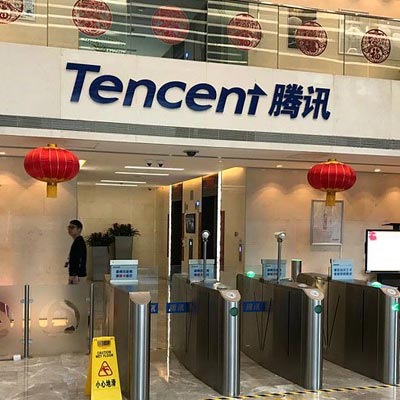 The French video game development studio Dontnod has made an announcement regarding the launch of a capital increase valued at approximately 40 million euros through the accelerated construction of a book. This includes the new partnership between the French group and the Chinese company Tencent.

Indeed, the Chinese Internet group will take a minority stake in Dontnod's capital through a 30 million euro investment. The transaction will be carried out on the basis of a maximum authorised size, which is set at 50 million euros. Taking into account this parameter, the maximum number of shares to be issued under the transaction would be 3.125 million new shares.

Thus, the issue of the new shares will be valued at 16 euros per share. Each share has an estimated par value of 0.02 euro. On the stock market, Dontnod ended last Friday's trading session at 16.15 euros. In addition, Tencent's investment in Dontnod gives the Chinese group the privilege of proposing the appointment of a director.

Dontnod will strengthen its activities thanks to this partnership

The funds raised under the operation will mainly be used as financing to help accelerate the game publisher's strategy. This strategy is based on the development of new intellectual property in self-publishing worldwide on PC, consoles and mobile platforms.

The objective of this strategy is to take full advantage of the sector's favourable progress in favour of original game creators. In addition, Tencent's acquisition of a stake in the capital of Dontnod will enable the French group to give a new dimension to its activities. For his part, Oskar Guilbert, CEO of Dontnod, emphasizes the brand of trust that the leader in online games has shown.

He pointed out that Tencent is renowned for having supported numerous success stories and made investments in several leading companies in the video game industry. The CEO of Dontnod went on to say that this partnership is an opportunity for his company to better position itself to seize the numerous growth drivers in the video game industry, particularly in China and on mobile platforms in collaboration with the industry leader.

The fast-growing video game market in 2020

During the first containment period (March 16 to May 31), the entire video game market grew by 51% in Europe. Afterwards, the sector's progress was boosted by the numerous video game releases that met with incredible success. On the other hand, the second containment was not beneficial in terms of sales.

In France, reconfinement had a negative impact on sales. This was mainly due to the closure of stores and departments that were deemed non-essential. However, according to SELL's analysis, 2020 was finally a very good year for the French market with E-commerce sales reaching very high levels.