The World Health Organization has granted an emergency license for AstraZeneca's vaccine to help certain countries that do not have the means to determine vaccine efficacy and safety on their own to gain rapid access to the vaccine. The Covax system will therefore be able to be put in place to ensure equitable access to the vaccine.

--- Advertisement ---
Trade Astrazeneca shares!
76.4% of retail investor accounts lose money when trading CFDs with this provider. You should consider whether you understand how CFDs work, and whether you can afford to take the high risk of losing your money. Trade CFDs with Plus500 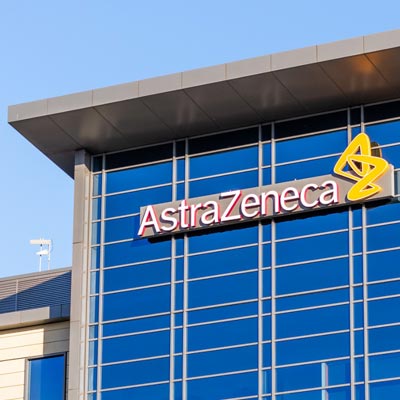 There are some countries for which access to the vaccine was not yet possible due to the lack of an organization capable of studying the results and giving its approval. These countries will now be able to begin immunizing their health care workers and vulnerable people.

Indeed, AstraZeneca's vaccine represents the vast majority of the 337.2 million doses of vaccine that the Covax initiative, led by the WHO, the Vaccine Alliance and the Coalition for Epidemic Preparedness Innovations, plans to distribute in the first half of 2021.

These doses will be manufactured in South Korea and India by the Serum Institute of India. Both versions have been licensed.

Goal: Reduce the severity and mortality of the pandemic

The vaccine was already recommended by the WHO expert committee on immunization last week for anyone over 18 years of age, including in countries where the more contagious variants are circulating.

However, it should be remembered that this vaccine developed by Oxford University has been the subject of some controversy, particularly with regard to its effectiveness for people over 65 years of age and concerning the South African variant, which is now present in several countries.

However, for the WHO, this vaccine is perfectly suited to the current priority of limiting the mortality of a pandemic which has already caused 2.4 million deaths in a little over a year. The vaccine is widely used worldwide, including in the United Kingdom since December and in the European Union.

This vaccine is still considered less effective than those of Pfizer and Moderna but has the advantage of being able to be stored in a conventional manner. This advantage is particularly important for the 92 most disadvantaged countries that will receive it free of charge through the Covax system and which do not have systems that allow the ultra-cold chain necessary for other Messenger RNA vaccines.

The virus-vector technology of this vaccine uses a harmless Trojan horse-like virus that prevents the covid-19 virus from spreading in the body. It is also cheaper than other vaccines, at around 2.50 euros per dose, with variations depending on the cost of local production, to which must of course be added the cost of transport. It should also be remembered that the AstraZeneca group has undertaken not to make any profit on this vaccine.