It's one of the multinationals that needs no introduction, like big clothing or shoe brands which generate turnover and is logically interesting for investors. It's the case for the Adidas group, whose shares are very popular. Check out some practical information that will help you better carry out and understand a technical analysis of the price of this stock. 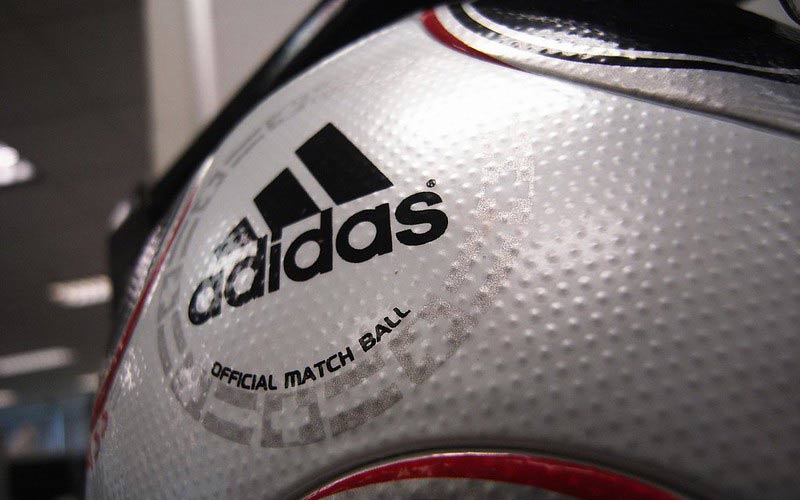 Net income from operations down. EPS below consensus. Operating margin and revenues down, CEO Adidas disappointed. These are the key elements Adidas mentioned in its Q1 balance sheet under the influence of Covid-19.

We also know that the Adidas group tends to develop in new markets around the world. This strategy should pay off quickly since the markets of developed countries are currently overrun by very strong competition.

In addition, Adidas is doing everything it can to expand its product portfolio. It's looking to meet new needs and reaching a broader target of prospects.

Finally, the Adidas group plans to invest more in research and development.

First of all, the competition that the Adidas brand has to face, despite its strong global reputation is an important point. It's important to monitor the evolution of the market share of its main competitor, the Nike group, which is currently the leader in this sector of activity.

The increased bargaining powers of subcontractors in the Adidas group is also a real threat to its long-term profitability. The company subcontracts almost all of its production.

Finally, the Adidas group could suffer the consequences of certain government regulations (import tax), in particular due to the share of its products made in China and in Asia in general.

Although the Adidas group no longer really needs an introduction in view of its worldwide popularity, here is some interesting information about its activity. Adidas is one of the largest designers, manufacturers and retailers of sporting goods and equipment worldwide. But its activity is divided into different distinct sectors.

First, there are shoes, then clothing, and finally a small percentage of sports equipment.

Adidas' turnover is mainly achieved in Europe and North America.

The German group Adidas is undoubtedly one of the leading names in the sports shoe sector and competes with few serious competitors internationally. However, given the diversity of its activities, it still has to deal with a few companies that are trying to steal market share from Adidas. That's why it's necessary to learn as much as possible about your competitors before starting to trade the Adidas action. This will allow you to verify the market positioning of Adidas and anticipate its future price movements due to the news and results of these companies. Here is the list of the main Adidas competitors in the world:

The strategic alliances set up by the Adidas group:

Adidas has also set up several strategic partnerships in the past few years which are detailed below.

The Adidas share is now listed on the German Xetra market and is naturally included the calculation of the DAX 30 index.

The historical technical analysis of the Adidas stock price and the detailed activities of the company are essential elements in understanding how to trade this share and can be useful for the implementation of an effective strategy. But it is also important to know the Adidas share positioning on the stock market in general. To do so, here is some more generic but essential data that you need to know:

All of this data is liable to change over time and so must be verified.

Adidas' founder Adolf Dassler started making sports shoes in the 1920s. Together with his brother, they founded the Schuhfabrik Gebrueder Dassler Company.

Benefits and drawbacks of Adidas shares as a stock market asset:

First of all, bear in mind that the Adidas brand is a very old brand which was launched in 1949 and very quickly encountered significant success. This long experience makes Adidas an emblematic brand, anchored in popular memory while remaining above all a young and dynamic brand.

The Adidas group can also count on the very diverse portfolio of products to boost its sales. Adidas offers a very wide range of sports footwear along with sports accessories which it markets both under the Adidas brand for the Premium range and under the Reebok brand for the mid-range.

Investors and shareholders who are interested in this share also appreciate the solid and stable financial situation of the company. Thanks to its network of over4,000 stores around the world and always very satisfactory annual results, Adidas can indeed pride itself of a financial position deemed excellent by analysts.

As pointed out above, the Adidas group also has a large network of stores in different countries of the world. But the group can also count on its online stores and numerous resellers to further increase its revenue. Overall, the group has succeeded in creating a complex but formidable distribution network to sell its products through different channels.

A large part of the Adidas group's marketing strategy is also based on sponsorship. The brand has always sought to sponsor famous people or prestigious sports organizations such as the NBA and is also very well represented at major world sporting events such as the Olympic Games. Thanks to this quality communication, Adidas manages to reach various consumers and strengthen its brand image with the general public.

Finally, as we saw above, Adidas also relies on multiple partnerships and alliances with other companies along with more specific areas such as sustainable development. As a result, the group approached the International Labor Organization which has given Adidas an undeniable advantage over its competitors by creating a sustainable company.

The disadvantages of Adidas stock as an asset:

First of all, bear in bear that the products sold under the Adidas brand remain relatively expensive. Adidas focuses on quality products using innovative technology above all. Because of this and also because of a relatively expensive production mode, the group is unable to position itself with part of the clientele or in certain specific markets such as emerging markets and developing countries.

The production of Adidas group footwear and sports accessories is also outsourced by over 93%. The group uses subcontractors mainly located in Asia in order to reduce its production costs and benefit from more available resources. But the decision to outsource the major part of its production also leads to a strong dependence of the group regarding the subcontractors. In addition, the quality of products manufactured abroad is currently suffering from the increasingly critical view of consumers in developed countries, which could harm the business in the long term.

Finally, although the Adidas group has a varied product portfolio, it only has two brands, Adidas and Reebok, which represents a limit to its offer and therefore to its sales, while some of its direct competitors have many more.

What are Adidas' lobbying activities?

Adidas is active in lobbying the institutions of the European Union and the United States. In Europe, Adidas has been registered since 2016 in the register of interest representatives at the European Commission, with expenditures between 400,000 and 500,000 euros in 2015. As for the United States, Adidas has declared, according to the Center for Responsive Politics, lobbying expenses of $40,000 in 2015.

What is the trend direction of Adidas' share price?

When looking at the historical stock charts of Adidas' share price, we can see that the Adidas share follows a clear long-term upward trend. Thus, its performance over the last five years has been +247.53%. Over the last three years, the performance increased to 42.98% and over two years, it was 30.54%. However, in the shorter term, negative performance is observed with a loss of 13.47% in 2019.

What events should I follow to trade Adidas shares?

To carry out your analysis of the Adidas share price and anticipate future trends, you can of course follow the company's key events. These may include partnerships with other companies, the creation of new products or the publication of interesting financial or strategic information. You will find the most interesting news to analyze on the official website of this company.

--- Advertisement ---
Trade Adidas shares!
76.4% of retail investor accounts lose money when trading CFDs with this provider. You should consider whether you understand how CFDs work, and whether you can afford to take the high risk of losing your money.