Among the large companies listed on the stock market in the pharmaceutical sector, there's the American company Gilead Sciences which shows relatively high volatility and liquidity. Find some useful information about it here like its live price and its historical price before buying it online through CFDs . 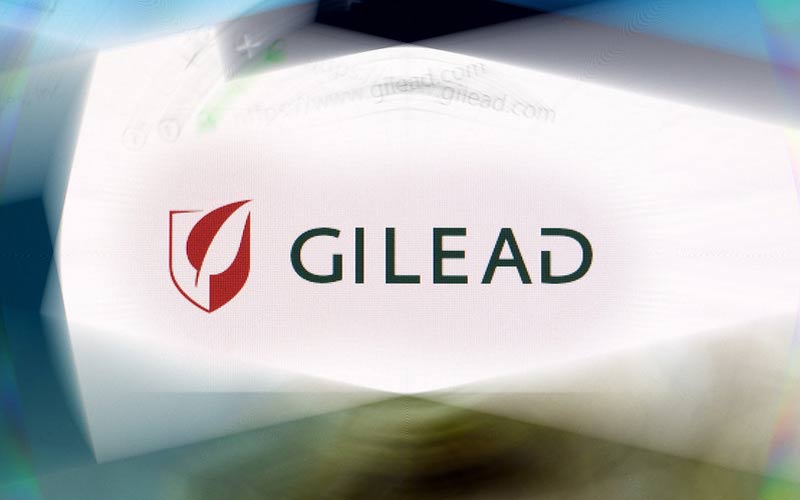 Wall Street is up because of Trump's statement on the reopening of the U.S. economy. But information on the testing of the redesivir molecule against the coronavirus also has something to do with it. The proof is that its manufacturer Gilead Sciences is on the rise.

The main threats include counterfeits and imitations of poor quality group products, especially in emerging countries. The increasingly intense competition could also be a drawback on the development of Gilead with more and more players in this sector of activity. Similarly, buyers are gradually changing their buying behaviour with more and more online purchases.

Production could also decline due to higher wages in China and the shortage of skilled labour in the long term. For that matter, Gilead's competitors are investing a lot in technology to overcome these difficulties. Finally, the exchange rates of the countries in which Gilead operates are also to be monitored closely.

The group's opportunities are linked to the company's ability to remedy these threats by investing in technology thanks to its large cash flow.

The American group Gilead Sciences is a specialist in the development, production and sale of therapeutic products. The group mainly sells antiviral drugs, in particular against HIV, but also research and development services, subcontracted manufacturing of pharmaceutical products.

Gilead Sciences generates most of its turnover in the United States and Europe.

The Gilead Sciences share price is currently listed on the Nasdaq Select Market in the United States and is included the calculation of the Nasdaq 100 stock market index.

The historical stock market charts of this share show an interesting volatility in the short term with well-defined micro-movements. In the long term, there has been a steady upward trend since January 2013, after a slight down, and the achievement of an all-time high at $ 119.79 in July 2015 followed by a slight market correction.

Knowing the competition of the Gilead Sciences stock:

The Gilead Sciences group is currently one of the largest pharmaceutical companies in the world. It ranks sixth in the ranking of the largest groups in this sector worldwide. As a result, it's in competition with several other companies which share the coveted drugs and medical treatments market.

To date, Gilead Sciences has been outranked by the Pfizer group, leader in its sector, but also by the other giants such as French Novartis, Swiss Roche, Sanofi and Merck.

Gilead isn't positioned at the end of the ranking however, since it achieves more turnover than some of its direct competitors like Johnson & Johnson, GSK (GlaxoSmithKline),  Astrazeneca or Abvie.

It's important to follow the news of this sector closely in order to integrate the competition into your fundamental analyses of the Gilead Sciences stock. By doing so, you'll be able to better understand the challenges of market share and the innovations of these companies.

The strategic alliances set up by the Gilead Sciences group:

Benefits and drawbacks of Gilead Sciences shares as a stock market asset:

First of all, Gilead Sciences has proven experience in innovation and the development of new products. The group's clientele shows a high level of satisfaction, particularly thanks to the customer relationship management department set up by the group, which contributes to the good brand image of the company.

Gilead Sciences can also count on a highly qualified workforce thanks to its advanced training and learning programs in which the group invests large sums each year.

The group also benefits from the strong diversity of brands in its portfolio with numerous investments over the past few years. The brands in question allow the company to extend its activities to new types of products.

Another advantage of this company is the reliability of its suppliers built on strong foundations which allows the group to obtain raw materials quickly and without a hitch.

Gilead Sciences has also shown true performance in new markets due to its expertise know-how in infiltrating them easily. With this expansion strategy, Gilead Sciences has been able to diversify its sources of income and limit the risks linked to economic cycles in the markets in which it is already present.

Finally, a true asset of the group is the significant distribution network which it has to sell its products. In addition, a very strong community of resellers also works for the company. On top of marketing Gilead Sciences products, the sellers also invest in training the sales teams to promote these products effectively.

The drawbacks and weak points of Gilead Sciences shares as a stock market asset:

Obviously, the Gilead Sciences group doesn't only have strengths, it also has its weak points which you should also analyse before taking your position on this stock market share. Here is a summary of the weaknesses of this company.

First, Gilead Sciences has a high workforce attrition rate compared to its competitors, which generates additional training and development costs.

There's also a lack of choice in the range of products marketed by Gilead Sciences which often leads to a loss of customers looking for more diversity. As a result, the group has recently lost market shares in niche categories due to the arrival of new competitors on the market.

It would also be good for Gilead to invest more in new technologies aimed at integrating processes at all levels, particularly regarding its geographic expansion.

Another weak point of Gilead Sciences is its organization which does not really coincide with the business model targeted by the company. This organization does not promote the expansion of certain adjacent product segments. The same goes for the group's financial forecasts with asset and liquidity ratios suggesting that the use of the company's liquidity is not at its maximum efficiency.

Finally, the company's last weak point involves the difficulties it encounters when integrating companies with a different work culture. As a result, certain merger operations end in failure.

What are the latest figures published by the Gilead Sciences Company?

The Gilead Sciences Group recently published the results for the financial year 2019. In this report we can observe that the turnover of the group achieved 22,449 million American dollars in this period and the net result amounted to 5,386 million American dollars. We also know that the total stock market capital of this company in March 2020 was 93,774 million U.S. dollars at the end of the first quarter.

What are the major shareholders of the Gilead Sciences Group?

What type of events related to Gilead should be followed in priority?

If you wish to trade in the share price of Gilead Sciences you will need to stay informed of all significant news and events relating to this company that could have an effect on its stock market share price. We would notably keep an eye on new products under development and the results of clinical trials as well as authorisations obtained for the marketing of new treatments.

--- Advertisement ---
Trade the Gilead Sciences stock!
76.4% of retail investor accounts lose money when trading CFDs with this provider. You should consider whether you understand how CFDs work, and whether you can afford to take the high risk of losing your money.