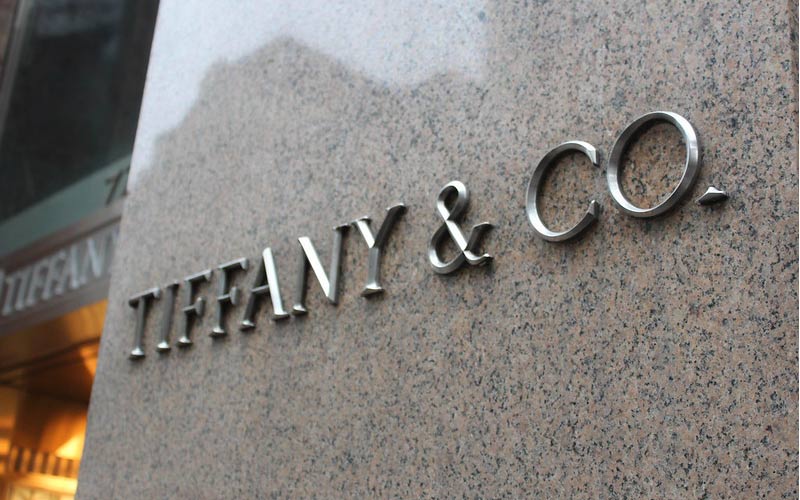 After many twists and turns, the project to acquire Tiffany by LVMH finally came to fruition. In the wake of this, a new management team was formed, resulting in departures.

Of course, to analyse forthcoming trends of this share price we would carefully monitor the luxury sector, particularly its movements in certain countries where the demand is growing fast such as China.

The group could also increase its profitability and its market share by investing in e-commerce and we would therefore carefully monitor efforts made by LVMH in this direction.

The group’s strategy is strongly orientated towards acquisitions and so we would therefore monitor announcements relating to new buyouts of companies or subsidiaries that would enable it to continue its growth.

Of course, and as with the majority of companies that exercise activities in the luxury sector, LVMH faces a major problem of counterfeit products that can damage its brand reputation and therefore its sales.We would therefore recommend monitoring this element.

It goes without saying that you should also carefully analyse the competition in this activity sector through all major events and announcements of its principal competitors on an international level.

Finally, the reputation of the group is extremely important for its future sales and you should therefore take into account all major events and announcements that could improve or damage this.

About the LVMH Company:

LVMH, originally known under the name Louis Vuitton, is a group specialised in luxury products in which sector it is currently the leader.Its activities include fashion, leather goods, wines and spirits as well as perfumes, cosmetics, watches and jewellery.

These products are distributed worldwide but mainly in France and Europe, through large international distribution chains.More precisely we can examine the activities of this group in different categories according to the turnover they generate and how they do so.

In total, the LVMH Company has achieved a turnover of around 3.5 billion Euros each year with a total share market capital of 20.3 billion Euros.It should also be noted that not all the turnover of this company is achieved in Europe.

The major competitors of LVMH:

Due to these brands that have experienced continual growth such as Louis Vuitton, and the diversification of its activities the LVMH Group is still at the head of the luxury goods sector worldwide.However it does face increasing competition from large international groups.It is extremely important to be able to recognise these competitive companies in order to complete pertinent analyses of this asset price.We therefore offer you the opportunity to learn about the major competitors of the LVMH Group here:

These companies mainly exercise their activities in the luxury products sector including wines and spirits that are competitive to certain specific activities of LVMH.At this time no particular competitor on a global level incorporates all this company’s activities.

The strengths and advantages of the LVMH share as a stock market asset :

The first undeniable asset of the LVMH group is of course its positioning on the international market.Even today, LVMH is still the world leader in the luxury sector and stands out in particular in certain very specific areas such as champagne, cognac and leather goods.In the fields of fashion, perfumes and cosmetics, it is also one of the largest international groups.Finally, it should also be noted that LVMH is ranked third in the world in the fields of jewellery and watches.

As far as the competition to which the group is exposed, it remains relatively weak in view of the very solid positioning of LVMH.Indeed it should be remembered that this company owns no fewer than 70 houses in the luxury sector with in particular the brands Louis Vuitton, which is the world number one in this field and which is showing significant growth and a remarkable level of profitability, but also Moët Hennessy for champagne, Dior, Céline, Givenchy, Guerlain, Kenzo, Bulgari, TagHeuer and Hublot.Thanks to these different houses, LVMH benefits from a very strong presence in the luxury market worldwide and is present in all segments.

We also appreciate the very good geographical distribution of the group's revenues, with a strong presence just about everywhere in the world.The group thus generates as much revenue in Asia, Europe and the United States, which gives it less exposure to economic risks and greater stability.

The distribution of LVMH between its different businesses also shows strong stability.This applies in particular to the fashion and leather goods activities and the wines and spirits activities, which represent the group's two core businesses, as well as to the watch distribution and jewellery sector.

As part of its overall strategy, the LVMH group exercises excellent control over its distribution channels.It is at the head of a global network consisting of the DFS banners for the Asian market, Miami Cruise, Sephora and Le Bon Marché in Europe.

LVMH is also a particularly profitable company, with a stable operating margin, which is maintained at around 20% regardless of the economic context in the luxury market.

Finally and in general, LVMH's financial situation has many assets to attract investors with a cash flow of more than 3.7 billion euros, a debt ratio of 16% and several record years in terms of operating profitability in general and sales achieved.

Weaknesses and disadvantages of the LVMH share as a stock market asset :

As we have just seen together, the LVMH share as an asset on the stock market is attractive to shareholders looking for a promising and stable share.However, this attractiveness must be tempered by the few shortcomings of this stock, which of course has a few weak points.This is why we are now offering you the opportunity to discover the drawbacks of this company and the dangers that threaten it.

The LVMH Group's greatest weakness concerns first of all its strong exposure to the currency market and its hazards.Indeed, the group's action is directly sensitive to the euro-dollar and euro-yen parity because it is in these currencies that most of its sales are made, as the group is very present on the international scene.Unfavorable exchange rates can thus lead LVMH to adopt a strategy of increasing its sales prices in local currency in order to compensate for a high euro exchange rate.

There is also another latent threat to the group with the rise in strength of the grey market, which is based on price differences between Europe and Asia and which is causing LVMH to record increasing losses.

Recently, the group has also recorded a significant drop in the level of its sales on the Japanese market, particularly for the year 2016, and has therefore had to reposition its Mark Jacobs brand.This decline in sales has of course led to a drop in the group's profitability on the Asian market.

Finally, while the volume represented by the different activities shows, as we saw earlier, a form of balance with a good distribution between the different branches, the profitability of these activities in relation to each other is much less balanced.Indeed, we note that the vast majority of the group's profits are generated by leather goods, which also achieves an operating margin of 45%.The group is therefore highly exposed to the economic health and demand of this market alone.

The CAC 40, flagship index of Nyse Euronext Paris, is made up of 40 French companies whose securities are the subject of the largest market caps.These are “star values” on the Paris stock exchange.The LVMH stock is obviously one of them.Bernard ARNAULT's company has taken over the world of luxury and is also the "diva" of the Parisian market.Ergo LVMH is the 1st market cap of the CAC 40 with 210 billion.And alone, weighs over 11% of the capitalization of the 40 CAC values.

On February 4th 2020, the LVMH share was quoted at € 410.60 at the end of the session.On January 17th 2020 it had reached € 439.05, its highest recorded point.In early February 2010, the share was trading at € 78 and its price has continued to progress up until now.As you can see, the value of the LVMH share has multiplied by 5.2 in 10 years.The price of an LVMH share can also strengthen according to its “price earnings ratio” (PER).This indicator is the ratio of the price of a value divided by the net earnings per share.The LVMH share amounted to 27.73 in early February 2020.

How to become a LVMH shareholder?

Does acquiring a prestigious share from the Paris stock market tempt you? Do you want to join the LVMH shareholders? Know that the flagship value of the CAC 40 is within your reach.With a float of 505,027,000 shares, the LVMH share is the subject of multiple daily exchanges.Its quotation is constant and its liquidity is perfectly guaranteed.To become a LVMH shareholder, you'll need to place a buy limit order at your bank.You'll obviously have to have a trading account or an equity savings plan beforehand.