To carry out good analyzes of the Nvidia share price, find here some explanations and some essential information about this stock. You will also notably find a detailed historical analysis and the useful real time quote. 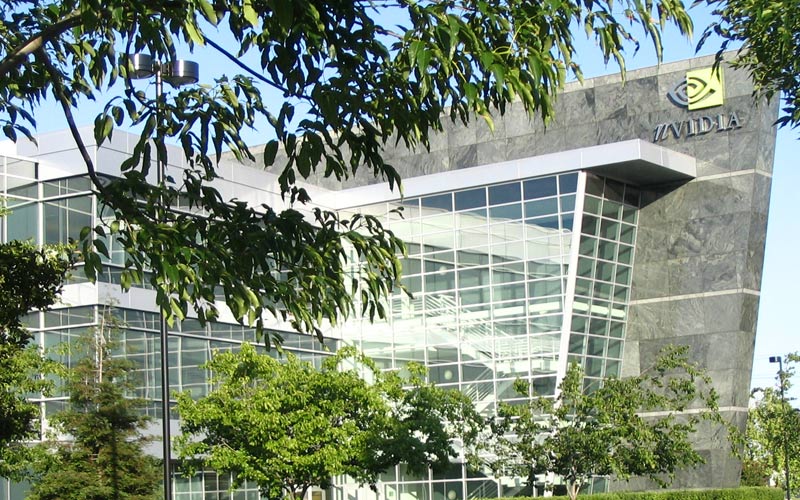 NVidia has just announced the signing of an agreement to acquire ARM for 40 billion dollars from SoftBank, thus becoming the leader in the design of electronic chips.

New product launches that can enable the company to attract new prospects or retain existing customers, not to mention the revenues generated by the exploitation of patents.

The new mobile technology sector, including Tegra mobile chips perfectly adapted to Android systems, is currently growing steadily, which could finally enable Nvidia to take a position in this market.

Finally, we will closely monitor the company's various acquisitions in strategic areas that could enable it to increase its market share or develop a broader range of products or even lower its production costs.

There is also increasingly aggressive competition from the major IT brands, which could lead to a further loss of market share.

Global economic health, which is an important marker for the group's activities, will also be monitored. Indeed, the current economic slowdown and financial fluctuations are weighing heavily on Nvidia's sales.

Finally, we will keep an eye on the current phenomenon of contraction in the final market and its evolution.

About the Nvidia Group:

The American group Nvidia is currently the international leader in the design, development and sales of programmable graphics processors. It mainly offers graphics and multimedia computer processors but also mobile processors and other similar products.

It also develops associated software under the ForceWear brand.

The Nvidia group achieves the greater part of its turnover from its activities in the United States but also from Taiwan, China, Pacific Asia and Europe.

The major competitors of NVidia:

The NVidia Group is specialised in the creation and production of graphics cards and graphics processors. In this sector it is facing serious competition from other specialised and non-specialised groups. We offer you the opportunity here to learn about NVidia’s major competitors around the world to assist you in developing a coherent investment strategy.

In the graphics elements sector, the major competitors of the NVidia Group are the AMD and Intel companies. However it is also important to monitor other smaller companies such as S3 Graphics, SiS and Via.

You can easily find information about these competitors through your broker’s website or in the information relating to economic current events.

The major partners of NVidia:

Nvidia has developed major strategic partnerships that we detail as follows with some explanations on its recent collaborations.

The Nvidia share price is actually quoted on the foreign section of the American Nasdaq Global Market and is integrated in the calculation of the Nasdaq 100 stock market Index.

Economical and financial history of the NVidia Company:

The advantages and strengths of NVidia shares as a stock market asset:

Investors who take a long position in Nvidia's share price are of course based on their belief that the company has good prospects for the future. But to be convinced of this, it is of course necessary to compare the analyses and weaknesses of this company in order to determine its growth capacities as accurately as possible. We will therefore first discuss here the strengths of this company and its main strengths.

First of all, the Nvidia group's main asset remains its positioning on the global market. Indeed, the company has a very strong presence in its sector of activity in many countries and also enjoys excellent popularity with the general public and with the IT industries that are part of its customers.

The Nvidia group also benefits from a strong market capacity. It is expanding its activities internationally thanks to the presence of offices in no less than 14 countries. Thus, it can effectively protect itself from local economic crises by affecting various economies with different profiles. In particular, the group has performed very well in new markets thanks to its expertise, which enables it to penetrate these markets and establish a long-term presence. This international expansion has helped the group to generate new sources of revenue and avoid the cyclical aspect of the markets in which it operates.

To increase its sales and improve its results, the Nvidia group can also count on a strong reseller community. It has thus developed a real culture among its main distributors and resellers, who play an important role in promoting its products and invest in training salespeople in order to maximize the sale of these products.

Nvidia also has a very wide range of products in the graphic units sector. Thus, it offers products of different levels and prices, which allows it to reach the entire market where some of its competitors are specialized in a specific range. Nvidia also operates several brands that are very popular, such as GeForce, Quadro, Tagra, Tesla and nForce.

The Nvidia group's ability to innovate is also a definite advantage. Working in a particularly technological field, he can rely on his research and development to invent new products that are more efficient or meet new needs. Nvidia is also at the head of a very large patent portfolio with more than 2,300 patents to date.

Finally, we can appreciate the very good financial situation of this company, which has been marked by an increase in its performance in recent years. These figures are of course highly appreciated by investors and shareholders.

The disadvantages and weaknesses of the Nvidia share as a stock market asset:

We have just reviewed the many strengths of the Nvidia group that should enable it to ensure its future profitability. But before taking a long-term buying position with this action, through CFDs for example, you must also know the possible obstacles to this development and therefore the weaknesses of this company. Here is a summary of the defects of this value and the weak points of the company Nvidia.

First, due to the advent of mobile devices, the group has recently experienced a decline in sales of its products for computers. Unlike some of its competitors who have anticipated this change in consumers, Nvidia has not yet been able to position itself successfully in this new market.

The group is also affected by very strong competition from other large multinational companies. As a result, it finds itself limited in its market share gains. It is also necessary to take into account Chinese competition, which is increasingly strong in the specific field of semiconductors and is driving prices down, thus adding additional pressure.

Among the most threatening competitors for Nvidia, new entrants can also be found in very specific segments that represent niche categories. The group has thus lost some of its market share because it has not been able to adapt to this new competition.

It can also be noted that the Nvidia group is unable to correctly anticipate product demand, which leads to a high rate of missed opportunities compared to its competitors. The company has thus failed to demonstrate its ability to adapt its production to the needs of its main customers, which has also led to a significant increase in stocks and therefore substantial losses.

Finally, it is also regrettable that the Nvidia group remains focused on its core business and enjoys only limited success in the other product categories. Although Nvidia is one of the leading companies in its sector, it faces significant challenges in diversifying into other types of products while maintaining its current corporate culture. In addition, the lack of choice in the range of products sold by Nvidia could lead to the loss of some of its customers who will prefer a company that can meet all their needs with a single, more complete offer.

How often are the results of the NVidia Group published?

The American NVidia Group, as a listed company, is obliged to publish its profit and loss accounts on a regular basis. This means that you will of course be able to follow the financial results of each financial year with data such as turnover or net profit, but also data concerning the quarterly results of this company, which are therefore published every three months. These data are available online free of charge.

On which markets and indices can the NVidia share price be found?

NVidia is an American company listed on the stock exchange among the largest capitalizations in the country. As such, it is listed on the NASDAQ market of the NYSE, in real time and continuously. It is also important to note that NVidia is also part of the Nadsaq 100 American stock market index and is therefore among the 100 largest valuations of this exchange.

What is the legal status of NVidia?

It is also interesting to know the status of the company NVidia before starting to trade on the stock market. Indeed, the NVidia group is actually a "fabless" company. This means that the group designs its own chips in research centers dedicated to R&D, but that it works through different subcontractors for the production of these chips.

--- Advertisement ---
Trade Nvidia shares!
76.4% of retail investor accounts lose money when trading CFDs with this provider. You should consider whether you understand how CFDs work, and whether you can afford to take the high risk of losing your money.