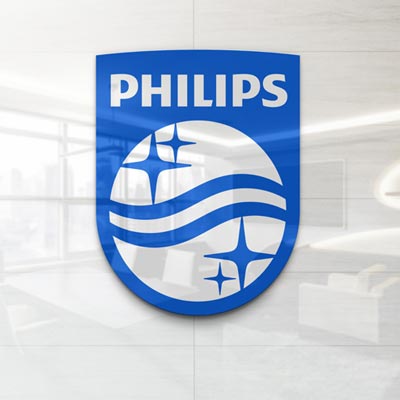 Philips has entered into negotiations with Chinese groups in connection with the sale of its household appliances division. The latter have sent the company their offer to complete the transaction.

The increasing development of sustainable and environmentally friendly lighting products is a real opportunity for Philips and will be closely monitored.

In the same way, the operations carried out by Philips to develop its activities and positioning in emerging markets such as China and India will be monitored.

Of course, competition in this sector is particularly fierce and it will therefore be wise to carry out an analysis of Philips' main opponents and their market shares.

The increasingly large and frequent placing on the market of counterfeit products is also a threat to be monitored.

As Philips achieves a large part of its sales internationally, exchange rates and their fluctuation will also be taken into account.

The Philips group is one of the specialists in the creation, production and marketing of electronic and electrical products. Its activity can be divided into several divisions, mainly medical equipment, then lighting products and electronic equipment for the general public.

Although European, it is in the United States that Philips achieves most of its turnover. It also works a lot with China, Germany and Japan.

The Philips Group is currently the tenth largest electronics company in the world. However, depending on its branches of activity, it faces different competitors that it is good to know if you are considering trading on its share on the stock market.

In the consumer electronics sector, Philips and the European leader and its competitors are :

The strategic alliances set up by the Philips group :

Finally, here are some of the main partnerships recently set up by Philips in order to develop its market positioning.

The advantages and strong points of the Philips share as a stock market asset :

First of all, and as far as the strengths of the Philips group are concerned, we can of course talk about its strategic international positioning. Indeed, Philips offers and markets its products in more than a hundred countries around the world. It also has a large workforce of more than 120,000 employees worldwide.

Still with regard to the assets of the Philips group, we can also talk about its important production strength. The company currently owns and operates more than 110 production sites around the world, enabling it to respond quickly and efficiently to demand and to supply its various customers and points of sale by reducing transport costs.

Of course, Philips' leadership is another one of its strengths, especially as it operates in a high-value market. In particular, the group is currently the world market leader in cardiac care, acute care and home care, as well as in energy-efficient lighting solutions, and is showing a stable growth rate in these various segments. The advantage of Philips' presence in the emerging markets can also be highlighted here.

The production strategy implemented by the Philips group is of course also a real advantage for this company. Indeed, this group has decided to align its operations with market conditions in order to increase its productivity. In particular, the company has put in place efforts to multiply its management structure with the aim of accelerating execution and reducing its operating costs at the same time. This, of course, has enabled it to improve its overall efficiency and maximize its margins.

Finally, the last advantage enjoyed by this company concerns its clientele, which is particularly loyal over time, especially with regard to consumer electronics products with a very high brand recall.

Disadvantages and weak points of the Philips share as a stock market asset :

Firstly, we can talk about the legal problems that the Philips group has encountered in the past and which have had a negative influence on the company's image. Indeed, the Philips brand has had to face more than fifty antitrust complaints based on class actions which eventually led to the establishment of an investigation into the company. This included the Lite-On digital solution and the CRT division of the group.

Another notable weakness for the Philips Group is that it operates in a highly competitive market, as you can see from the paragraph on the company's main competitors. In particular, competition is very strong in certain specific segments such as electronic devices of local and international brands, with a significant threat to Philips' market shares.

Finally, the last weak point of this company probably concerns its pricing policy which does not enhance it in the face of this competition. Indeed, it can be seen that the products marketed by Philips are often sold at slightly higher prices than those of its competitors, which leads to lower sales and less and less appealing to customers in a period of economic crisis where consumers are primarily seeking to make savings on their daily expenses and this type of purchase.

--- Advertisement ---
Trade the Philips share!
76.4% of retail investor accounts lose money when trading CFDs with this provider. You should consider whether you understand how CFDs work, and whether you can afford to take the high risk of losing your money.