If there's one sector of activity that moves colossal sums of money, it's aeronautics. So, not surprising that some of the large companies in this sector are listed on the stock exchange and issue equity aimed at obtaining finance. It's the case with the Boeing company, which is part of the American Dow Jones market and whose shares can be traded on the stock market. But before you start, you need to learn how the company works and above all, how its equities have performed since its IPO. To do so, here are full and detailed explanations of what you need to know about the Boeing company. 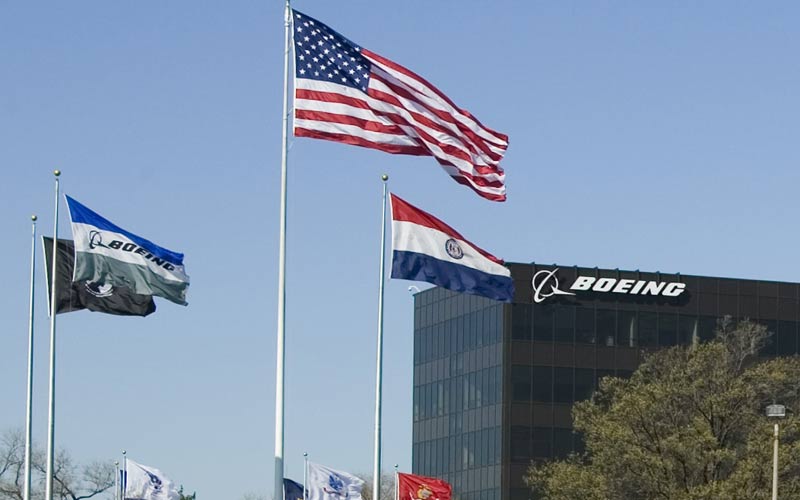 After the crashes of two Boeing 737 Max aircraft in 2018 and 2019, the American group has been the subject of several accusations and today agreed to pay more than 2.5 billion dollars. Explanations.

This commercial aircraft manufacturer no doubt owes its success to the quality and reputation of its aircrafts. It's therefore necessary to monitor all events likely to influence this data, such as the release of new aircrafts along with incidents such as crashes or major technical problems.

While Boeing has only one direct competitor in actual fact, namely the manufacturer Airbus, it's important to keep a close eye on all the important publications and news regarding Boing which will have a direct influence on the share value on the stock market.

Of course, you will also have to take an interest in the financial data of the company by carefully studying the order backlog of the aircraft manufacturer as well as the publications of its quarterly and annual results.

The activities of major global airlines are also prime indicators for trading these shares. Boeing's sales are directly dependent on the financial health of this sector of activity.

Finally, we'll be following the operations put in place with other companies by the group such as the creation of joint ventures, partnerships or other interest buyouts aimed at developing its activities and growth.

General presentation of the Boeing company:

The Boeing company  was established in the United States in 1916. The company was one of the first to produce airplanes internationally. Its main competitors are Airbus, Lockheed Martin and Northrop Grumman. Boeing continues to work in the field of civil aviation, military and space aeronautics.

But the success of Boeing as we know it today is also due to the acquisition of two other American companies, Rockwell International and more recently, Mc Donnell Douglas.

Boeing has a total turnover of over 68 billion dollars for a net profit of over 1.3 billion dollars per year. Its activities can be classified into two main categories, namely:

Boeing was first listed on the NYSE (New York Stock Exchange) market in 1996, but is also listed on the Euronext Amsterdam market today. Boeing's total market capitalization is over $ 47 billion. Its quotation is taken into account in the calculation of the American S&P 500 index.

Due to the specific nature of its activities, the Boeing group does not face much competition. The only manufacturer with which it fights regular battles to win or recover certain important markets is Airbus.

Since the late 1990s, the two groups have been in fierce competition in the field of civil aircraft but also in the field of defense. Boeing is also a direct competitor of the Airbus defense and space subsidiary, which operates in the fields of military aircrafts and launchers.

Apart from Boeing and Airbus, no other company in the aeronautical construction sector has managed to find a place in the major stock markets in the world.

The strategic alliances set up by the Boeing group:

Whether it be for the supply of aircrafts, their maintenance or the very design of new technologies in this sector, Boeing has forged links with other large international companies and has been able to set up certain strategic partnerships. To help you better understand the challenges of such associations, here are the main current partners of the Boeing group:

Here is some stock market data about the Boeing stock which will allow you to better know this equity in order to implement your strategies:

To better understand the events that influence Boeing's share price, here are a few dates that have marked the recent history of the company:

The advantages and strengths of the Boeing share as a stock market asset :

From a purely financial point of view, the Boeing group also reassures investors through its results. Indeed, over the last few years, the American group has shown a constant and significant increase in turnover. This also applies to its operating result, which has also shown interesting and stable growth. This improvement in the company's results is largely due to the ability to deliver on time the aircraft ordered by Boeing's customers. Indeed, the group is known for ensuring optimal operational efficiency, which of course enables it to increase its revenues and continuously improve its profitability.

Of course, and given the high-technology sector in which Boeing operates, it is above all an innovative group that invests heavily in research and development. The group has thus shown its constant interest in R&D, in particular in engineering, operations and technology activities. Thanks to these numerous investments in research and development, Boeing is able to continuously expand its range of products and services. As a result, it can maintain its position among the leaders in its market.

Finally, it is also interesting to note that Boeing is constantly seeking to expand its range of sustainable products and fuels. By expanding its product range, Boeing can meet all its customers' current and future needs and build long-term customer loyalty. Boeing's strong focus on sustainable fuels also helps to reduce CO2 emissions. This contributes to a better image of the company in the eyes of the general public at this time of environmental concern.

Disadvantages and weaknesses of the Boeing share as a stock market asset :

First of all, we can point out the problems the Boeing group has with its workforce. Indeed, Boeing about 38% of the total workforce of this group is supervised by a powerful trade union. However, this union regularly causes employees to stop working. These strikes and other stoppages naturally lead to a significant drop in productivity, which can sometimes result in delivery delays. This, of course, has a direct impact on the quality of Boeing's relations with its major customers.

We also know that the Boeing group depends to a large extent on the contracts it has signed with the American government. In fact, U.S. government contracts account for a large portion of Boeing's overall sales. It is estimated that this represents nearly 30% of the group's annual sales, which is considerable. However, the sustainability over time of these contracts depends on many factors, be they economic, budgetary or simply political. As a result, this dependence on US government decisions can represent a threat to the future and in any case leads to a lack of visibility on results for investors.

Finally, the Boeing group also shows a significant dependence on some of its suppliers, which thus have significant negotiating power. This mainly concerns suppliers of raw materials or integrated components as well as other types of suppliers essential to the group's activities. Suppliers are thus able to negotiate their prices with Boeing, which is often forced to accept their terms and conditions since it needs their products and materials in order to carry out its business and to continue production. This problem naturally leads to production costs that are sometimes difficult to control, which have a direct impact on the group's overall profitability and net income.

On which markets is the Boeing share price quoted?

Since its introduction onto the stock market in 1996, the Boeing share price has been quoted on the NYSE American market, or the New York Stock Exchange. Since then this share has also made its debut on the Euronext Amsterdam stock market. Of course, its quoted price has changed over time and is now vastly superior to its introductory price. It seems to follow the international economic situation and is therefore progressing positively over the long term.

What are the subsidiaries of the Boeing Group?

To analyse the Boeing share price you will need to use a technical analysis to detect the stronger chart trends as well as a fundamental analysis. For the latter you will need to closely follow the civil aviation market and the movements thereof as well as the aerospace sector which is itself linked to the defence sector and we should not forget the different partnerships implemented by Boeing, notably with the large airline companies which are at the heart of this company’s growth strategy.

--- Advertisement ---
Trade Boeing shares!
76.4% of retail investor accounts lose money when trading CFDs with this provider. You should consider whether you understand how CFDs work, and whether you can afford to take the high risk of losing your money.