You are well aware that oil is currently attracting many investors due to its volatility and liquidity. The same goes for oil companies listed on the stock market, whose securities can be traded online. That's why we've compiled information on the Exxon Mobil share and its main features, as well as its live price, for you to explore. 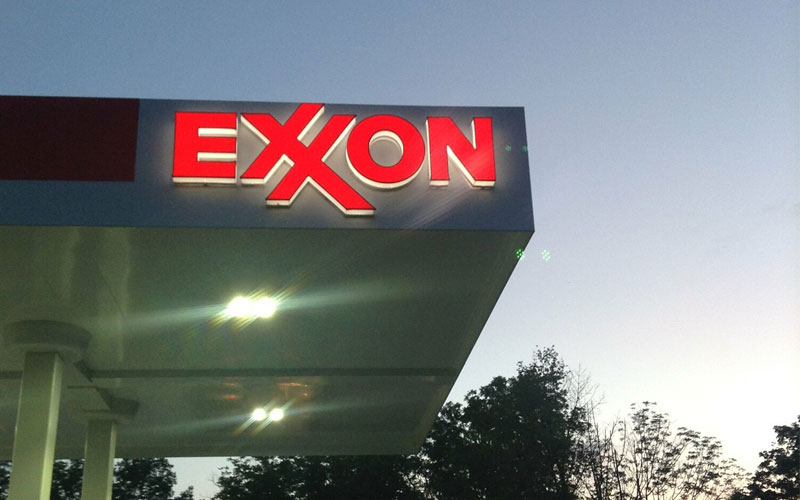 Yesterday, Thursday, October 29, 2020, the ExxonMobil Group announced that 14,000 jobs will be cut in the near future. This news has of course had a notable effect on its rising stock market share.

The level of international demand for shale gas is obviously an influencing factor for the group's activities.

The same goes for the global overall energy demand which should also be monitored and depends largely on economic activity.

The various partnerships set up by the Exxon Mobil group are important elements for the future of the company and should be the subject of your full attention.

The activities of the Exxon Mobil group are also very dependent on political, social and economic instability within regions in which oil is produced. So keeping an eye on significant news from the countries in question is important.

Finally, the introduction of tougher environmental laws could harm the activities of the group and should be taken seriously.

The Exxon Mobil Corporation is an American oil company organized into three activity hubs, the main of which handles refining and distributing petroleum. Next are the petrochemestry, exploration and hydrocarbon production activities.

The Exxon Mobil group generates most of its turnover in the United States but also reaches the European market and Singapore.

The ExxonMobil oil and gas corporation is one of the world leaders in this sector of activity. It's ranked among the 5 largest global oil companies and as such, must face competition from 4 other large groups trying to take market share from them on a daily basis. To help you in your fundamental analysis of the ExxonMobil share, check out who these competitors are right here.

The strategic alliances set up by the Exxon Mobile Corporation:

ExxonMobil has also developed various strategic partnerships with certain large companies in recent years, which has enabled it to develop around the world and improve its reputation. Here are some tangible examples of alliances in place.

Introduction and stock quote of the Exxon Mobil share:

The Exxon Mobil share price is currently listed on the Main Market of the NYSE in the United States. It's also included the calculation of the Dow Jones index.

Stock market charts of the last ten years show an uneven development of the Exxon share price. Indeed, we notice many micro-movements. To learn more about how the Exxon Mobil share price may move over the longer term, you should nevertheless perform your own analysis of this stock.

To help you make an accurate analysis of the Exxon Mobil share historical charts, here are some important dates that have marked these last decades:

Cross-checking this information with historical graphical data will allow you to understand the price trends of this security and their factors.

The advantages and strengths of Exxon Mobil shares as a stock market asset :

Another major strength of Exxon Mobil is its ability to innovate. Every year, the company invests a large amount of money in research and development in order to develop new innovative products and services that will effectively meet the needs of consumer customers. It is also worth mentioning here that Exxon Mobil regularly carries out buy-outs of smaller companies that allow it to position itself in new segments and thus increase its capacity for innovation. In this highly competitive sector, this capacity to innovate is of course a real asset that allows Exxon Mobil to maintain its positioning.

It goes without saying that the financial performance of this company is one of the elements most appreciated by investors and shareholders. Indeed, the group is showing very interesting results over the long term, which is reassuring in terms of the future profitability and growth capacity of this company.

It should also be noted here that the Exxon Mobil Group is a multinational company with operations throughout the world. To do so, it operates numerous oil refineries, 37 in total, in more than 21 different countries, enabling it to deliver its hydrocarbons anywhere in the world with the lowest possible transport costs.

Finally, one of the group's major strengths is of course its very impressive workforce of more than 83,000 employees worldwide.  The number of employees in a company is indeed one of the most important selection criteria that traders use to buy shares on the stock market because it reflects the economic health of that company and its production capacity.

Disadvantages and weaknesses of Exxon Mobil stock as a stock market asset :

First of all, and in view of the strong international presence of this group, Exxon Mobil faces certain difficulties in managing its employees around the world, with regulations that of course differ from one country to another and the cost that this represents. Indeed, legal and human rights issues are a real threat to the group, which could suffer the negative effects of certain social scandals on the working conditions of employees in certain countries. Of course, this would weigh on Exxon Mobil's brand image and could push investors to sell their shares.

The environmental issue is also at the heart of this business sector, which is strongly criticized for the environmental impact of some of its specific activities. In particular, the dangers of oil spill risks are something Exxon Mobil must be wary of in order to maintain profitability and the confidence of investors and shareholders.

Finally, Exxon Mobil also suffers from a poor public image after it has been placed at the centre of certain fraud and corruption cases in its global operations. A conviction could result in serious losses to the group through the fines it would be required to pay.

--- Advertisement ---
Trade Exxon Mobil shares!
76.4% of retail investor accounts lose money when trading CFDs with this provider. You should consider whether you understand how CFDs work, and whether you can afford to take the high risk of losing your money.