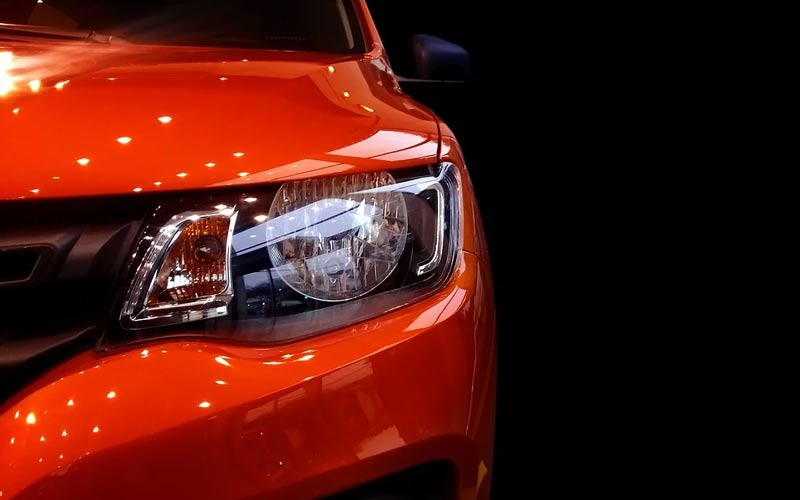 Automotive market down in February

It would appear that the European car market did not wait for the coronavirus epidemic to go into the red. Let us look back at the figures presented this morning for this sector in February.

The rise in the price of fuel that has been experienced over the last few years together with the general economic instability means that the new hybrid vehicles developed by BMW could enjoy a real success with the consumers together with future vehicles that use alternative types of fuel that offer a reduction in CO2 emissions.

The green vehicles developed by the group could also benefit from the current consumer awareness worldwide relating to ecology and the increasing severity of various governments concerning the reduction of the impact of motorised vehicles on pollution.

The group could also benefit more from its numerous technological innovations, notably relating to autonomous and smart vehicles using embedded and online technology. BMW has in fact invested heavily in this sector during recent years and benefits from an advanced position against its competitors.

Finally, the BMW group could start to implement strategic partnerships with other automobile construction companies in the coming years and thereby significantly increase its part of the market worldwide. This strategy could notably enable it to penetrate markets that were previously inaccessible.

Concerning the threats the group is facing we particularly note the following points:

The current increase in the price of commodities could be an impediment to the growth of the automobile construction industry due to smaller profits and higher production costs.

The foreign exchange market can also negatively influence the BMW financial results due to the movements of the Euro against other major currencies; this could greatly diminish its profits.

The group has also recently undergone a recall of its high range products due to various dysfunctional problems; this has contributed to tarnishing the brand image of this company in the eyes of its consumers who are highly exigent in the upmarket sector. It goes without saying that any other future problems will have an equally negative effect on this asset.

Finally, the price of fuel could also rapidly decrease due to an increase in the extraction of shale gas. Therefore, electric vehicles could also lose their appeal and a decrease in their popularity will have consequences as the BMW group has invested heavily in its green vehicles.

About the BMW company:

The German company BMW or Bayerische Motoren Werke is one of the biggest specialist in the design, manufacture and sale of high end vehicles. Its activities include mainly the sale of cars which generates 91% of its turnover, but also the financing of car purchases and the sale of motorcycles.

Thanks to its 29 production sites, its activities extend all over the world but mainly in Western Europe in countries such as France.

BMW is currently the leader in the production and sale of high end cars in the world. However, during this time of recession and facing a significant decline in demand, the company is obviously facing increasingly fierce competition. However, it is essential to know the companies that compete with BMW in order to trade the shares of this company in a coherent way. By following the news about its competitors, you will be able to study the positioning of BMW in this sector. So, here is a list of BMW’s main competitors among which we find mainly companies listed on the stock market.

Of course, it is important to check out the evolution of the shares of each one of these companies in the high end car sector every year in order to study its possibilities.

BMW, just like many other companies of the sector, bases its strategy of development on the creation of specific and targeted partnerships. By partnering with other companies, it can improve its presence in the market and become more visible to consumers.

In 2013, BMW partnered with Toyota, a direct competitor, in order to develop a fuel batery vehicle system which includes not only the battery and the fuel cell system, but also a hydrogen storage tank, the electric motor and a battery.

In 2016, BMW also signed a partnership with IBM in order to create innovative vehicles that use computer technology.

It should also be noticed that BMW was a partner of PSA until 2013 concerning the manufacture and design of the engines of their vehicles.

In order to help you summarize the events that are likely to influence the price of BMWs shares, here are some key dates and events that have marked its recent financial history:

These dates and data, combined with historical stock charts, show us how these announcements have influenced the price of BMW shares.

Besides this specific information about the recent economic events that have affected the brand BMW and the evolution of its course in the stock market over the last few years, we invite you to find out here some more general but still very important information about this asset:

The advantages and weak points of BMW shares in terms of being a stock market asset:

Firstly, it should be remembered that the BMW group benefits from a solid reputation worldwide; it was in fact recognised as the most internationally reputable company by Forbes magazine in 2012. This reputation for high quality was obtained by BMW through its effective commercial strategy and the consumers have also learnt to appreciate the brand image of this company. BMW is currently the third most popular automobile sector company worldwide according to recent polls.

The BMW group can also be differentiated from its competitors through a respectful environmental technology. In fact, the group has implemented technological innovations and developments that are highly respectful of the environment, working particularly in advanced sectors such as alternative new fuels including hydrogen. The group currently has over 20 models of low emission vehicles with CO2 levels of less than 140 grams per kilometre. Since 2013, BMW has also become one of the pioneering companies in the sector of 100% electric vehicles.

The BMW group can also count on its highly qualified workforce to produce vehicles of a high standard using superior quality materials. In fact we note that the BMW group is at the top of the list of the most highly qualified automobile assembly factories worldwide, particularly in the United States and Germany. It must be said that BMW does everything possible to be a popular employer with its employees due to its major social responsibility. The company has particularly invested heavily in the health management of its employees, as well as professional balance and the quality of the professional life of its workers as well as its engagement in environment protection.

Still concerning the positive points of the BMW group, we can mention the high quality products of this group which has become a brand renowned worldwide for its superior quality engineering. The group invests heavily in research and development in order to produce vehicles that are innovative and respond to the needs of its clientele.

Finally, the BMW group offers its clients a high quality and extremely competitive customer service. In fact, the company works continuously on it after sales customer service to answer questions and respond to the problems and needs of its clients. In this way it reinforces its brand image and reputation and applies a loyalty strategy that is particularly effective over the long term.

The disadvantages and weak points of BMW shares as a stock market asset:

Although the BMW group offers numerous advantages in facing the future, it is also subject to certain weaknesses that we will examine here in more detail.

Firstly, it is important to remember that the BMW group is subject to a high cost structure relating to the production of its luxury and up market range of vehicles, as well as the salaries of its qualified work force, and also the purchase of new technological components. Due to the combination of these expenses the group is therefore subject to higher production costs than its major competitors, which of course affects the group’s profitability.

Due to this high cost structure, the BMW group is obliged to exercise a more expensive sales price policy than its competitors, particularly in relation to the luxury vehicles sector, which makes it less competitive and causes a loss in its part of the market sector.

Despite efforts to achieve an expansion based on the strategic acquisition of companies we note the lack of strategies based on these acquisitions and the lack of mergers and alliances that could be advantageous for the company’s growth and development. It is therefore not the lack of partnerships that is the problem but rather their quality.

Finally, the limited brand portfolio of the BMW group with only three major vehicle brands; BMW, Mini and Rolls Royce, is another of its weak points against the competition. We also lament the lack of differentiation in the brand portfolio and its negative impact on the long term growth of the company. The group is notably absent from the middle range automobile market which renders it quite exposed to the current economic crisis.

What is the risk level of the BMW action?

Where are BMW shares currently listed?

As mentioned in this article, the BMW share price is currently quoted on the Frankfurt market, i.e. on the Deutsche Boerse. Indeed BMW is a German group and the company is also part of the German national index of reference, the DAX 30 and thus of the 30 largest capitalizations of the country. But this share is also listed on the NASDAQ.

--- Advertisement ---
Trade BMW shares!
76.4% of retail investor accounts lose money when trading CFDs with this provider. You should consider whether you understand how CFDs work, and whether you can afford to take the high risk of losing your money.